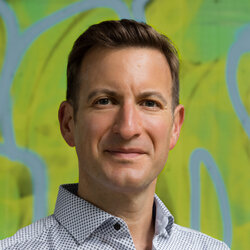 Cyrill Stachniss is a Full Professor at the University of Bonn and heads the lab for Photogrammetry and Robotics. He is additionally a Visiting Professor in Engineering at the University of Oxford. Before working in Bonn, he was a lecturer at the University of Freiburg in Germany, a guest lecturer at the University of Zaragoza in Spain, and a senior researcher at the Swiss Federal Institute of Technology in the group of Roland Siegwart. Cyrill Stachniss finished his habilitation in 2009 and received his Ph.D. thesis entitled “Exploration and Mapping with Mobile Robots” supervised by Wolfram Burgard at the University of Freiburg in 2006. From 2008-2013, he was an associate editor of the IEEE Transactions on Robotics, since 2010 a Microsoft Research Faculty Fellow, and received the IEEE RAS Early Career Award in 2013. Since 2015, he is a senior editor for the IEEE Robotics and Automation Letters. He is the spokesperson of the DFG Cluster of Excellence EXC 2070 ”PhenoRob – Robotics and Phenotyping for Sustainable Crop Production” and of the DFG Research Unit FOR 1505 ”Mapping on Demand”. He was furthermore involved in the coordination of several EC-funded projects. In his research, he focuses on probabilistic techniques in the context of mobile robotics, navigation, and perception. Central areas of his research are solutions to the simultaneous localization and mapping problem, visual perception, robot learning, self-driving cars, agricultural robotics, and unmanned aerial vehicles. He has coauthored over 280 peer-reviewed publications.

Perception is crucial for robots that act in real-world environments, as...
Matteo Sodano, et al. ∙

Lifelong localization in a given map is an essential capability for auto...
Nicky Zimmerman, et al. ∙

KISS-ICP: In Defense of Point-to-Point ICP – Simple, Accurate, and Robust Registration If Done the Right Way

A distinctive representation of image patches in form of features is a k...
Hao Dong, et al. ∙

Robust localization in a given map is a crucial component of most autono...
Nicky Zimmerman, et al. ∙

The ability to predict the future movements of other vehicles is a subco...
Benedikt Mersch, et al. ∙

In this paper, we address the problem of adaptive path planning for accu...
Felix Stache, et al. ∙

Robots and autonomous systems must interact with one another and their e...
Lasse Peters, et al. ∙

Robots and autonomous systems need to know where they are within a map t...
Luca Di Giammarino, et al. ∙

A Benchmark for LiDAR-based Panoptic Segmentation based on KITTI

The application of autonomous robots in agriculture is gaining more and ...
Alberto Pretto, et al. ∙

Nowadays, mobile robots are deployed in many indoor environments, such a...
Lorenzo Nardi, et al. ∙

A Dataset for Semantic Segmentation of Point Cloud Sequences

Reducing the use of agrochemicals is an important component towards sust...
Philipp Lottes, et al. ∙

The ability to interpret a scene is an important capability for a robot ...
Andres Milioto, et al. ∙

The ability to build maps is a key functionality for the majority of mob...
Bartolomeo Della Corte, et al. ∙