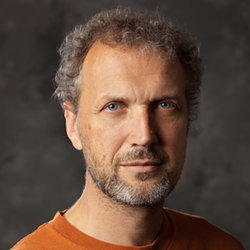 After receiving his Ph.D. in Mechanical Engineering and Artificial Intelligence from the Technical University of Munich in 1991, Stefan was a Postdoctoral Fellow at MIT in the AI Lab  and Brain and Cognitive Science. He held  positions of Adjunct Assistant Professor at GaTech and PennState University afterwards and Invited Researcher at the ATR Computational Neuroscience Laboratory in Japan. From 1996 Stefan was Head of the Computational Learning Group during an international ERATO project, the Kawato Dynamic Brain Project (ERATO/JST). In 1997, Stefan started his tenure at the University of Southern California as Professor of Computer Science, Neuroscience, and Biomedical Engineering, where he advance to tenured Associated and Full Professor ranks. Stefan co-founded the Max-Planck-Insitute for Intelligent Systems in Tübingen, Germany, starting from 2009, and was a Founding Director at the Autonomous Motion Department at this institute from 2012 onwards.

Stefan's research interests include topics of statistical and machine learning, neural networks, computational neuroscience, functional brain imaging, nonlinear dynamics, nonlinear control theory, and biomimetic robotics. He applies his research to problems of artificial and biological motor control and motor learning, focusing on both theoretical investigations and experiments with human subjects and anthropomorphic robot equipment. Stefan continues to work on the forefront of AI in robotics and machine learning.

Dr. Schaal has co-authored over 400 papers in refereed journals and conferences. He is a co-founder of the "IEEE/RAS International Conference and Humanoid Robotics", and a co-founder of "Robotics Science and Systems", a highly selective new conference featuring the best work in robotics every year. Dr. Schaal served as Program Chair at these conferences and he was the Program Chair of "Simulated and Adaptive Behavior" (SAB 2004) and the "IEEE/RAS International Conference on Robotics and Automation" (ICRA 2008), the largest robotics conference in the world. Dr. Schaal is has also been an Area Chair at "Neural Information Processing Systems" (NIPS) and served as Program Committee Member of the "International Conference on Machine Learning" (ICML). Dr. Schaal serves on the editorial board of the journals "Neural Networks", "International Journal of Humanoid Robotics", and "Frontiers in Neurorobotics". Dr. Schaal is a member of the German National Academic Foundation (Studienstiftung des Deutschen Volkes), the Alexander von Humboldt Foundation, the Society For Neuroscience, the Society for Neural Control of Movement, the IEEE, and AAAS.

With the field of rigid-body robotics having matured in the last fifty y...
Azarakhsh Keipour, et al. ∙

You Only Demonstrate Once: Category-Level Manipulation from Single Visual Demonstration

From Machine Learning to Robotics: Challenges and Opportunities for Embodied Intelligence

A Robustness Analysis of Inverse Optimal Control of Bipedal Walking

Over the past several years there has been a considerable research inves...
Jianlan Luo, et al. ∙

In recent years, many learning based approaches have been studied to rea...
Wenzhao Lian, et al. ∙

Robots need to be able to adapt to unexpected changes in the environment...
Giovanni Sutanto, et al. ∙

A New Age of Computing and the Brain

We present a novel solution to the problem of simulation-to-real transfe...
Ryan Julian, et al. ∙

In this work, we present an extension to a linear Model Predictive Contr...
Sean Mason, et al. ∙

In this work, we present an extension to a linear Model Predictive Contr...
Sean Mason, et al. ∙

One of the most basic skills a robot should possess is predicting the ef...
Alina Kloss, et al. ∙

On the Design of LQR Kernels for Efficient Controller Learning

We consider the problem of model-based 3D-tracking of objects given dens...
Jan Issac, et al. ∙

In this paper, we derive a probabilistic registration algorithm for obje...
Manuel Wüthrich, et al. ∙