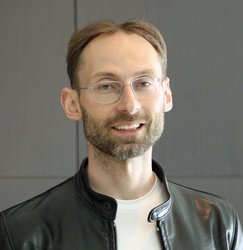 Michael Bronstein is a professor at Imperial College London, where he holds the Chair in Machine Learning

and Pattern Recognition, and Head of Graph

Learning Research at Twitter. His main research expertise is in theoretical and computational methods for geometric data analysis, a field in which he has published extensively in the leading journals and conferences. He is credited as one of the pioneers of geometric deep learning, generalizing machine learning methods to graph-structured data. Michael received his PhD from the Technion (Israel Institute of Technology) in 2007. He has held visiting appointments at Stanford, MIT, Harvard, and Tel Aviv University, and has also been affiliated with three Institutes for Advanced Study (at TU Munich as Rudolf Diesel Fellow (2017-), at Harvard as Radcliffe fellow (2017-2018), and at Princeton (2020)). Michael is the recipient of five ERC grants, Fellow of IEEE and IAPR, ACM Distinguished Speaker, and World Economic Forum Young Scientist. In addition to his academic career, Michael is a serial entrepreneur and founder of multiple startup companies, including Novafora, Invision (acquired by Intel in 2012), Videocites, and Fabula AI (acquired by Twitter in 2019). He has previously served as Principal Engineer at Intel Perceptual Computing.