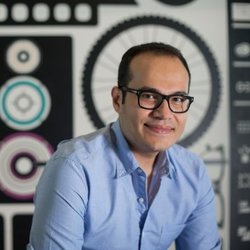 Ersin Yumer is a Machine Learning Lead at Argo AI in the San Francisco Bay Area. His specialties include machine learning, computer vision, and computer graphics. He develops cutting edge technology in those fields that are integrated into products, and he is published in top conferences in relevant fields such as NIPS, SIGGRAPH, CVPR, and ECCV.

Yumer received his B.S. from the Middle East Technical University in 2007 before obtaining his M.S. there in 2010. He then went on to get his Ph.D. from Carnegie Mellon University in 2015.

Then, while finishing up with his Ph.D., Yumer spent five months as a software engineer intern at Google in New York in 2014 doing computer graphics, 3D vision, and machine learning research. The following summer, he spent three months as a research intern at Adobe in the San Francisco Bay Area doing the same thing, and followed that up with three more months at Google in New York again.

In June of 2015, Yumer took a position with Adobe as a senior research scientist. At Adobe, he led machine learning research for a document cloud group. He also developed a 3D computer vision research agenda from which several technologies were shipped in various Adobe products (https://www.linkedin.com/in/meyumer/).

Yumer took his position as a Machine Learning Lead at Argo AI in February of 2018.

In this paper, we introduce a non-parametric memory representation for s...
Min Bai, et al. ∙

Exploring Adversarial Robustness of Multi-Sensor Perception Systems in Self Driving

In this paper, we tackle the problem of spatio-temporal tagging of self-...
Sean Segal, et al. ∙

In most practical settings and theoretical analysis, one assumes that a ...
Mengtian Li, et al. ∙

The ability to edit materials of objects in images is desirable by many ...
Guilin Liu, et al. ∙

Learning to Predict Indoor Illumination from a Single Image