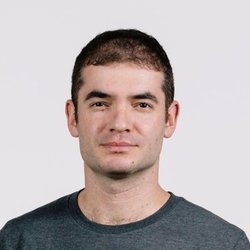 Ilya Sutskever is an informatics scientist who works in the field of machine learning and currently serves as OpenAI’s Chief Scientist. He is the co-inventor of the renowned neural network AlexNet. He and Oriol Vinyals and Quoc Le invented Sequence to Sequence Learning. Sutskever is also AlphaGo and TensorFlow co-inventor.

Sutskever obtained his B.Sc, M.Sc, and Ph.D. in computer science from the Department of Computer Science at the University of Toronto, under Geoffrey Hinton’s supervision.

After graduating in 2012, Sutskever spent two months at Stanford University as a postdoc with Andrew Ng. He then returned to the University of Toronto and joined the new Hinton research group DNNResearch. Google acquired DNNResearch four months later, in March 2013 and employed Sutskever as a Google Brain research scientist. At Google Brain, Sutskever worked with Oriol Vinyals and Quoc Le on sequence by sequence learning algorithms.

In 2015, Sutskever had been nominated for the MIT Technology Review 35 Innovators Under 35. At the end of 2015, Sutskever left Google to be the Director of the newly founded OpenAI Institute.

We explore the use of expert iteration in the context of language modeli...
Stanislas Polu, et al. ∙

Jukebox: A Generative Model for Music

We introduce Jukebox, a model that generates music with singing in the r...
Prafulla Dhariwal, et al. ∙

In this paper, we introduce a system called GamePad that can be used to ...
Daniel Huang, et al. ∙

Some Considerations on Learning to Explore via Meta-Reinforcement Learning

Continuous Adaptation via Meta-Learning in Nonstationary and Competitive Environments

Evolution Strategies as a Scalable Alternative to Reinforcement Learning

We explore the use of Evolution Strategies (ES), a class of black box op...
Tim Salimans, et al. ∙

Extensions and Limitations of the Neural GPU

The Neural GPU is a recent model that can learn algorithms such as multi...
Eric Price, et al. ∙

Learning an algorithm from examples is a fundamental problem that has be...
Łukasz Kaiser, et al. ∙

Grammar as a Foreign Language

The game of Go is more challenging than other board games, due to the di...
Chris J. Maddison, et al. ∙

Learning Factored Representations in a Deep Mixture of Experts

Distributed Representations of Words and Phrases and their Compositionality