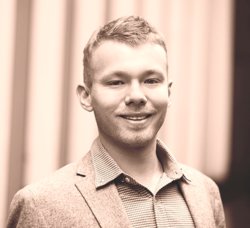 Wojciech Zaremba is the OpenAI co-founder, leading the robotics team. His team is developing general purpose robots through new approaches to transferring complicated learning and teaching robots. OpenAI’s mission is to create safe artificial intelligence and ensure its advantages are distributed as evenly as possible.

Zaremba was born in Poland, in Kluczbork. He won local competitions and awards in mathematics, IT, chemistry and physics at a young age. Zaremba represented Poland at the International Olympiad in 2007 and won an Silver Medal in Vietnam. Zaremba studied mathematics and computer-science at the University of Warsaw and at the École Polytechnique and graduated in mathematics in 2013. He then started his doctorate in profound education at New York University under Yann LeCun and Rob Fergus. Zaremba graduated in 2016, and was awarded his PhD.

He spent time at NVIDIA during the pre-deep education period during his bachelor’s studies. NVIDIA chips were developed in the following years

Zaremba has published over 40 publications devoted to machine learning and artificial intelligence with several thousand quotes.

A Generalizable Approach to Learning Optimizers

A core issue with learning to optimize neural networks has been the lack...
Diogo Almeida, et al. ∙

We demonstrate that models trained only in simulation can be used to sol...
OpenAI, et al. ∙

The purpose of this technical report is two-fold. First of all, it intro...
Matthias Plappert, et al. ∙

Exploration in environments with sparse rewards has been a persistent pr...
Ashvin Nair, et al. ∙

Dealing with sparse rewards is one of the biggest challenges in Reinforc...
Marcin Andrychowicz, et al. ∙

Extensions and Limitations of the Neural GPU

The Neural GPU is a recent model that can learn algorithms such as multi...
Eric Price, et al. ∙

We present techniques for speeding up the test-time evaluation of large ...
Emily Denton, et al. ∙