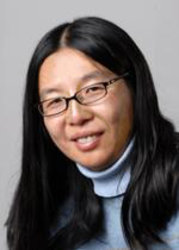 Bin Yu is an American statistician and data scientist. She is Chancellor's Professor of Statistics and EECS at UC Berkeley and also an Investigator at Chan-Zuckerberg Biohub in San Francisco. Her research focuses on practice, algorithm, and theory of statistical machine learning and causal inference. Her group is engaged in interdisciplinary research with scientists from genomics, neuroscience, and precision medicine.

In order to augment empirical evidence for decision-making, she and her group are investigating methods/algorithms (and associated statistical inference problems) such as dictionary learning, non-negative matrix factorization (NMF), EM and deep learning (CNNs and LSTMs), and heterogeneous effect estimation in randomized experiments (X-learner). Their recent algorithms include staNMF for unsupervised learning, iterative Random Forests (iRF) and signed iRF (s-iRF) for discovering predictive and stable high-order interactions in supervised learning, and contextual decomposition (CD) and aggregated contextual decomposition (ACD) for phrase or patch importance extraction from an LSTM or a CNN.

She is a member of the U.S. National Academy of Sciences and Fellow of the American Academy of Arts and Sciences.  She was a Guggenheim Fellow in 2006, and the Tukey Memorial Lecturer of the Bernoulli Society in 2012. She was President of IMS (Institute of Mathematical Statistics) in 2013-2014 and the Rietz Lecturer of IMS in 2016. She received the E. L. Scott Award from COPSS (Committee of Presidents of Statistical Societies) in 2018.

The Three Stages of Learning Dynamics in High-Dimensional Kernel Methods

To understand how deep learning works, it is crucial to understand the t...
Nikhil Ghosh, et al. ∙

Stable discovery of interpretable subgroups via calibration in causal studies

Revisiting complexity and the bias-variance tradeoff

Many statistical estimators are defined as the fixed point of a data-dep...
Nhat Ho, et al. ∙

Transformation Importance with Applications to Cosmology

Interpretations are useful: penalizing explanations to align neural networks with prior knowledge

For an explanation of a deep learning model to be effective, it must pro...
Laura Rieger, et al. ∙

CharBot: A Simple and Effective Method for Evading DGA Classifiers

We study the problem of globally recovering a dictionary from a set of s...
Yu Wang, et al. ∙

Challenges with EM in application to weakly identifiable mixture models

Singularity, Misspecification, and the Convergence Rate of EM

A line of recent work has characterized the behavior of the EM algorithm...
Raaz Dwivedi, et al. ∙

Beyond Word Importance: Contextual Decomposition to Extract Interactions from LSTMs

The driving force behind the recent success of LSTMs has been their abil...
W. James Murdoch, et al. ∙

We consider the problem of sampling from a strongly log-concave density ...
Raaz Dwivedi, et al. ∙

Statistical guarantees for the EM algorithm: From population to sample-based analysis

The geometry of kernelized spectral clustering

Clustering of data sets is a standard problem in many areas of science a...
Geoffrey Schiebinger, et al. ∙

Impact of regularization on Spectral Clustering

The performance of spectral clustering can be considerably improved via ...
Antony Joseph, et al. ∙

Crowdsourcing is an effective tool for human-powered computation on many...
Hongwei Li, et al. ∙

A Statistical Perspective on Algorithmic Leveraging

The strategy of early stopping is a regularization technique based on ch...
Garvesh Raskutti, et al. ∙