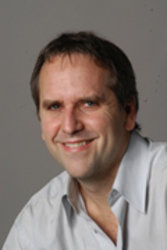 Michael Irwin Jordan is an american scientist, professor in machine learning, statistical science and artificial intelligence at the University of California, and researcher in Berkeley. He is one of the leading figures in machine learning, and Science has reported him as the most important computer scientist in the world in 2016.

Jordan began to develop recurrent neural networks as a cognitive model in the 1980s. In recent years, his work has been less driven by a cognitive point of view and more by traditional statistics.

In the machine-learning community, Jordan popularized Bayesian networks and is known for pointing out links between machine learning and statistics. He was also prominent in formalizing variation methods for approximate inference and popularizing the machine learning expectative maximization algorithm.

In 2001, Jordan and others resigned from the Machine Learning editorial board. They advocated less restrictive access in a public letter and committed support to a new open access newspaper, The Journal of Machine Learning Research, created by Leslie Kaelbling to support the development of machine learning.

Jordan has earned numerous awards, including the ACM - AAAI Allen Newell Award, the IEEE Pioneer Award for Neural Networks, and the NSF Young Investigator Award. This is a prize for the best paper award at the International Conference on Machine Learn. In 2010 he was appointed a Fellow for “contributions to the theory and application of machine training” in the Association for Machinery for Computing Machinery. Jordan belongs to the National Academy of Science, to the National Academy of Engineering and to the Academy of Arts and Sciences in the US.

He was named a Neyman lecturer and an Institute of Mathematical Statistics medallion lecturer. In 2015 he was awarded the David E. Rumelhart Prize and in 2009 received the ACM/AAAI Allen Newell Award.

In 2016 Jordan was identified by an analysis of published literature by the Semantic Scholar Project as the “most influential computer scientist.”

From optimal transport to robust dimensionality reduction, a plethora of...
Michael I. Jordan, et al. ∙

The Sky Above The Clouds

We consider the problem of computing an equilibrium in a class of nonlin...
Michael I. Jordan, et al. ∙

In this chapter, we identify fundamental geometric structures that under...
Alessandro Barp, et al. ∙

Learn to Match with No Regret: Reinforcement Learning in Markov Matching Markets

We study a Markov matching market involving a planner and a set of strat...
Yifei Min, et al. ∙

Conformal prediction for the design problem

In many real-world deployments of machine learning, we use a prediction ...
Clara Fannjiang, et al. ∙

The blessing of ubiquitous data also comes with a curse: the communicati...
Mariel A. Werner, et al. ∙

We study the problem of estimating the fixed point of a contractive oper...
Wenlong Mou, et al. ∙

We study the problem of information sharing and cooperation in Multi-Pla...
Aldo Pacchiano, et al. ∙

On the Self-Penalization Phenomenon in Feature Selection

We describe an implicit sparsity-inducing mechanism based on minimizatio...
Michael I. Jordan, et al. ∙

Optimization on manifolds: A symplectic approach

There has been great interest in using tools from dynamical systems and ...
Guilherme França, et al. ∙

With the growing use of distributed machine learning techniques, there i...
Mohammad Rasouli, et al. ∙

On Constraints in First-Order Optimization: A View from Non-Smooth Dynamical Systems

Thanks to their scalability, two-stage recommenders are used by many of ...
Jiri Hron, et al. ∙

Who Leads and Who Follows in Strategic Classification?

As predictive models are deployed into the real world, they must increas...
Tijana Zrnic, et al. ∙