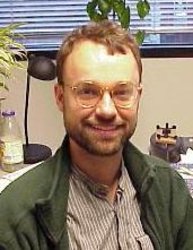 Andrew McCallum is a Professor and Researcher at the University of Massachusetts Amherst Computing Department. Its main specialities are in machine learning, natural language processing, extraction of information, integration of information and analysis of social networks.

He was a Research Scientist and Research Coordinator at the Justsystem Pittsburgh Research Center from 1998 to 2000. Between 2000 and 2002, WhizBang Labs Vice President Research and Development, and Director of its office in Pittsburgh. He has been a computer science professor at the University of Massachusetts Amherst since 2012.

In 2009, he was elected Fellow of the Artificial Intelligence Association and in 2017 Fellow of the Computing Machinery Association. He has been the President of the International Machine Learning Society from 2014 to 2017, which organizes the International Machine Learning Conference. He is also director of the Data Science Center in UMass and leads a new partnership with the initiative Chan and Zuckerberg. In 2018, the initiative provided an initial 5.5 million grant to the Centre, which supports research to provide scientists with new ways of exploring and finding research articles.

McCallum has developed conditional random fields, in collaboration with John Lafferty and Fernando Pereira, first described in a paper submitted at the International Machine Learning Conference. McCallum wrote a number of widely used open-source software toolkits for maker learning, language processing, and other text handling, including Rainbow, Mallet, and FACTORIE. In 2011 this paper won ICML “Test of Time.” He was also instrumental in the publication of the Enron Corpus, a large collection of e-mails which was used as the basis for a number of social networking and language academic studies.

A Distant Supervision Corpus for Extracting Biomedical Relationships Between Chemicals, Diseases and Genes

Knowledge Base Question Answering by Case-based Reasoning over Subgraphs

Diverse Distributions of Self-Supervised Tasks for Meta-Learning in NLP

A Dataset for Discourse Structure in Peer Review Discussions

At the foundation of scientific evaluation is the labor-intensive proces...
Neha Nayak Kennard, et al. ∙

Learning vector representations for words is one of the most fundamental...
Shib Sankar Dasgupta, et al. ∙

MOLEMAN: Mention-Only Linking of Entities with a Mention Annotation Network

It is often challenging for a system to solve a new complex problem from...
Rajarshi Das, et al. ∙

Changing the Mind of Transformers for Topically-Controllable Language Generation

Query by Example is a well-known information retrieval task in which a d...
Sheshera Mysore, et al. ∙

Due to large number of entities in biomedical knowledge bases, only a sm...
Rico Angell, et al. ∙

A Simple Approach to Case-Based Reasoning in Knowledge Bases

AutoKnow: Self-Driving Knowledge Collection for Products of Thousands of Types

Can one build a knowledge graph (KG) for all products in the world? Know...
Xin Luna Dong, et al. ∙

Given questions regarding some prototypical situation – such as Name som...
Michael Boratko, et al. ∙

Energy and Policy Considerations for Deep Learning in NLP