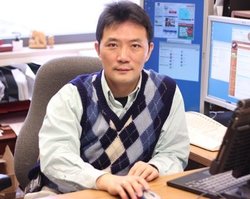 Zhi-Li Zhang has a B.S. degree. Computer Science with Nanjing University highest distinction, Nanjing, China. While Zhi-Li was a young student at Nanjing, he led a team of senior design students. He was one of the five students who were selected for a graduate course exempted from the Nanjing University graduate school entrance exam. Shortly later, he received a highly selective bursary from the Chinese National Graduate Study Committee in Europe, which studied at the Department of Computer Science, Århus University, Denmark. Zhi-Li is an IEEE Fellow.

Zhi-Li Zhang was awarded the 2014 Outstanding Achievement and Advocacy Award for Excellent Research Achievement by the University of Massachusetts at the Amherst School of Computer Science.