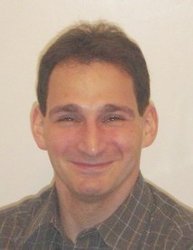 A New Look at Dynamic Regret for Non-Stationary Stochastic Bandits

On the Role of Neural Collapse in Transfer Learning

On Multi-objective Policy Optimization as a Tool for Reinforcement Learning

Many advances that have improved the robustness and efficiency of deep r...
Abbas Abdolmaleki, et al. ∙

Adapting to Delays and Data in Adversarial Multi-Armed Bandits

Mirror Descent and the Information Ratio

We establish a connection between the stability of mirror descent and th...
Tor Lattimore, et al. ∙

We consider a communication scenario, in which an intruder, employing a ...
Muhammad Zaid Hameed, et al. ∙

A Weakness Measure for GR(1) Formulae

Machine learning has become an important component for many systems and ...
Andrea Paudice, et al. ∙

A Reinforcement-Learning Approach to Proactive Caching in Wireless Networks

Recently, much work has been done on extending the scope of online learn...
Pooria Joulani, et al. ∙

Online Learning with Gaussian Payoffs and Side Observations

We consider a sequential learning problem with Gaussian payoffs and side...
Yifan Wu, et al. ∙

Cross-validation (CV) is one of the main tools for performance estimatio...
Pooria Joulani, et al. ∙

We consider the problem of sequentially choosing between a set of unbias...
James Neufeld, et al. ∙

We consider the problem of simultaneously learning to linearly combine a...
Arash Afkanpour, et al. ∙