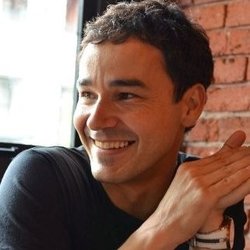 Nando de Freitas is a computer science professor at Oxford University. He is also a Linacre College Fellow in Oxford. De Freitas is known as a body in the fields of machine learning, especially in the subfields of neural networking, Bayesian inference and optimization of Bayesian and deep learning.

Born in Zimbabwe, De Freitas. He studied his bachelor’s and MSc at Witwatersrand University and completed a PhD at Trinity College, Cambridge. From 2001 he was a professor at the University of British Columbia, in 2013 he joined the Department of Computer Science at Oxford University and worked for DeepMind of Google.

De Freitas has been recognized by the following awards for his contributions to machine learning:

Young Researcher Award for Mathematics of Information and Complex Systems

Shaking the foundations: delusions in sequence models for interaction and control

Behavior cloning (BC) is often practical for robot learning because it a...
Konrad Zolna, et al. ∙

We show that a critical problem in adversarial imitation from high-dimen...
Konrad Zolna, et al. ∙

A Framework for Data-Driven Robotics

We present a framework for data-driven robotics that makes use of a larg...
Serkan Cabi, et al. ∙

Making Efficient Use of Demonstrations to Solve Hard Exploration Problems

During the development of AlphaGo, its many hyper-parameters were tuned ...
Yutian Chen, et al. ∙

We consider the setting of an agent with a fixed body interacting with a...
Brandon Amos, et al. ∙

One of the distinguishing aspects of human language is its compositional...
Edward Choi, et al. ∙

Learned Optimizers that Scale and Generalize

Lipreading is the task of decoding text from the movement of a speaker's...
Yannis M. Assael, et al. ∙

The linear layer is one of the most pervasive modules in deep learning r...
Marcin Moczulski, et al. ∙

Bayesian optimization has recently emerged as a popular and efficient to...
Bobak Shahriari, et al. ∙