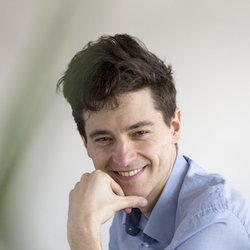 Michal is a machine learning scientist in DeepMind Paris on the leave from SequeL team at Inria Lille - Nord Europe, France, lead by Philippe Preux and Rémi Munos. He also teaches the master course Graphs in Machine Learning at l'ENS Paris-Saclay. Michal is primarily interested in designing algorithms that would require as little human supervision as possible. This means 1) reducing the “intelligence” that humans need to input into the system and 2) minimizing the data that humans need to spend inspecting, classifying, or “tuning” the algorithms. Another important feature of machine learning algorithms should be the ability to adapt to changing environments. That is why he is working in domains that are able to deal with minimal feedback, such as online learning, bandit algorithms, semi-supervised learning, and anomaly detection. Most recently he has worked on sequential algorithms with structured decisions where exploiting the structure leads to provably faster learning. Structured learning requires more time and space resources and therefore the most recent work of Michal includes efficient approximations such as graph and matrix sketching with learning guarantees. In past, the common thread of Michal's work has been adaptive graph-based learning and its application to real-world applications such as recommender systems, medical error detection, and face recognition. His industrial collaborators include Adobe, Intel, Technicolor, and Microsoft Research. He received his Ph.D. in 2011 from the University of Pittsburgh under the supervision of Miloš Hauskrecht and after was a postdoc of Rémi Munos before taking a permanent position at Inria in 2012.