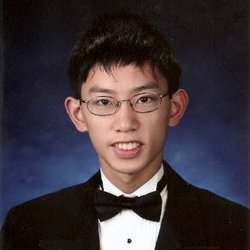 Alex Irpan is a software engineer at Google in Mountain View, CA. He completed a one-year research program in deep learning in the Google Brain Residency Program in 2017. He’s now working on the Brain Robotics Team at Google applying deep learning to robotics problems. His main research interest is deep reinforcement learning.

Irpan received his B.S. in Mathematics and Computer Science from UC Berkeley in 2016 after finishing his undergrad with a 4.0 major GPA. While at Berkeley, he was mentored by Pieter Abbeel while doing research in the Berkeley Artificial Intelligence Research Lab (BAIR Lab).

Irpan spent the summer of 2013 as a software development intern at Robinhood in Redwood City, CA. He worked mainly in Python and Django there and coded Django applications for various features.

During the summer of 2014, he was a software development intern at Facebook in Seattle, WA. He worked on part of the ads team building new ways to expose advertisements. He also built a new mobile app ad displayer and experimented with movie advertisements.

And during the summer of 2015, Irpan worked as a software development intern at Khan Academy in Mountain View, CA. There, he interned on the infrastructure team with a focus on improving internal development processes.

Upon completion of his undergraduate program at Berkeley in 2016, Irpan accepted his current position as a software engineer at Google.

Do As I Can, Not As I Say: Grounding Language in Robotic Affordances

In this paper, we study the problem of enabling a vision-based robotic m...
Eric Jang, et al. ∙

AW-Opt: Learning Robotic Skills with Imitation and Reinforcement at Scale

In this work, we consider the problem of model selection for deep reinfo...
Alex Irpan, et al. ∙

The Principle of Unchanged Optimality in Reinforcement Learning Generalization