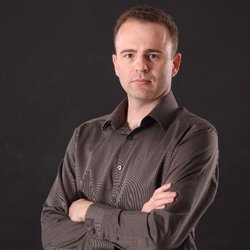 Shane Legg is a DeepMind Technologies machine learning researcher and co-founder who was acquired by Google in 2014.

Legg attended the High School of Rotorua Lakes in Rotorua, North Island, New Zealand. He graduated from the University of Waikato. He received his MSc from the Solomonoff Induction Thesis at the University of Auckland with Professor Cristian S. Calude. He has a PhD from the University of Lugano with Prof. Marcus Hutter on theoretical models of super intelligent machinery. He completed his doctoral thesis entitled Machine Super Intelligence in 2008. He was awarded the $10,000 Artificial Intelligence Canadian Singularity Institute award.

Legg’s main research interests are theory and practice in artificial intelligence. He is especially interested in intelligence measures for machines, neural networks, artificial development, improved learning and learning theory. He has worked on these topics both in business and in academia.

Shane Legg and Demis Hassabis and Mustafa Suleyman co-founded the start-up DeepMind Technologies in 2010. Hassabis and Legg first met in the Gatsby Computational Neuroscience Unit of UCL, where Legg was an assistant researcher.

Shaking the foundations: delusions in sequence models for interaction and control

How can we design agents that pursue a given objective when all feedback...
Jonathan Uesato, et al. ∙

REALab: An Embedded Perspective on Tampering

For many tasks, the reward function is too complex to be specified proce...
Adam Gleave, et al. ∙

The Incentives that Shape Behaviour

Which variables does an agent have an incentive to control with its deci...
Ryan Carey, et al. ∙

We seek to align agent behavior with a user's objectives in a reinforcem...
Siddharth Reddy, et al. ∙

Proposals for safe AGI systems are typically made at the level of framew...
Tom Everitt, et al. ∙

Agents are systems that optimize an objective function in an environment...
Tom Everitt, et al. ∙

Soft-Bayes: Prod for Mixtures of Experts with Log-Loss

We consider prediction with expert advice under the log-loss with the go...
Laurent Orseau, et al. ∙

Currently the only techniques for sharing governance of a deep learning ...
Miljan Martic, et al. ∙

Reward learning from human preferences and demonstrations in Atari

How can one detect friendly and adversarial behavior from raw data? Dete...
Pedro A. Ortega, et al. ∙

Agents and Devices: A Relative Definition of Agency

According to Dennett, the same system may be described using a `physical...
Laurent Orseau, et al. ∙

In this work we aim to solve a large collection of tasks using a single ...
Lasse Espeholt, et al. ∙

An Approximation of the Universal Intelligence Measure

In evolutionary algorithms, the fitness of a population increases with t...
Marcus Hutter, et al. ∙