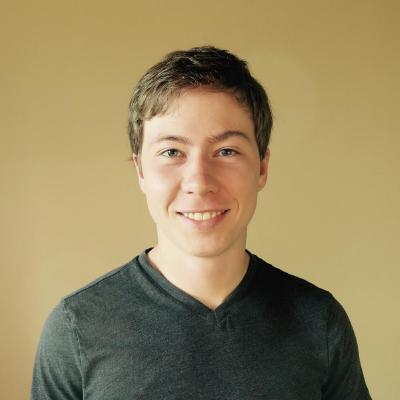 Justin Johnson is a Ph.D. student in the Stanford Vision Lab, advised by Professor Fei-Fei Li. His primary interest is in the study of deep learning, especially as it pertains to computer vision.

The Stanford Vision Lab focuses on both computer vision and human vision and the relationship between the two. With reference to human vision, the lab studies the underlying neural mechanisms that allow the human visual system to perform the tasks that it does at the high level that it does. With reference to computer vision, the lab attempts to develop algorithms that perform various visual perception tasks such as object recognition and human motion recognition.

Since his PhD studies started in 2012, Johnson has published 12 research papers in the area of human and computer vision. He co-authored “Perceptual Losses for Real-Time Style Transfer and Super-Resolution,” which explores the benefits of training feed-forward transformation networks with perceptual loss functions in order to combine the benefits of both feed-forward image transformation tasks and optimized-based methods for image generation. The publication has been cited over 600 times since 2016.

Johnson graduated from the Illinois Mathematics and Science Academy in 2008 and went on to obtain a B.S. in Mathematics and Computer Science from Caltech in 2012 before starting his Ph.D. program at Stanford. He spent three consecutive summers as a software engineer intern at Google from 2011-2013 in Mountain View, Los Angeles, and San Francisco, CA, respectively. He has also done research as an intern at Yahoo in the summer of 2014 and at Facebook in Seattle in 2016.

A 3D scene consists of a set of objects, each with a shape and a layout ...
Georgia Gkioxari, et al. ∙

Humans can perceive scenes in 3D from a handful of 2D views. For AI agen...
Shengyi Qian, et al. ∙

RedCaps: web-curated image-text data created by the people, for the people

Bootstrap Your Own Correspondences

Aligning partial views of a scene into a single whole is essential to un...
Mohamed El Banani, et al. ∙

The de-facto approach to many vision tasks is to start from pretrained v...
Karan Desai, et al. ∙

Understanding and reasoning about physics is an important ability of int...
Anton Bakhtin, et al. ∙

To truly understand the visual world our models should be able not only ...
Justin Johnson, et al. ∙

Some images that are difficult to recognize on their own may become more...
Justin Johnson, et al. ∙