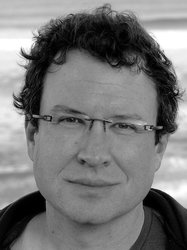 Alexander C. Berg is the United States Assistant Professor of Informatics at Chapel Hill University in North Carolina. He is specialized in web mining and computer learning and vision.

He graduated from Johns Hopkins University in 1994 with a Masters and Bachelor’s degree, and then obtained a PhD from the University of California, Berkeley. From 2001 to 2005, he worked there as a research assistant and from 2006 to 2007 as a postdoc. He was a research scientist and visiting professor in February 2007 and was then Yahoo! Researcher at Yahoo! where he worked until May 2008. As a Yahoo! Researcher, Berg teamed up with Subhransu Maji and Jitendra Malik from the University of California, Berkeley, to develop coached SVMs, which are currently located in North Carolina at Chapel Hill Universities.