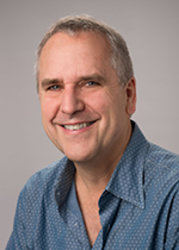 Michael Irwin Jordan is an American scientist, professor of machine education, statistics, and artificial intelligence at the University of California, and Berkeley researcher. In 2016 he was named the most influential computer scientist in the world. He is one of the leading figures in machine learning.

Jordan is currently a full professor at Berkeley, University of California, where his appointment is distributed across the statistics department and the EECS department. From 1988 to 1998, he was a professor at the MIT Department of Brain and Cognitive Sciences.

Jordan began developing recurring neural networks in the 1980s as a cognitive model. His work has less to do with a cognitive perspective and more with traditional statistics in recent years.

Jordan has popularized in the machine learning community Bayesian networks and has been known to highlight links between machine learning and statistics. He was also prominent in formalizing variational methods for approximate inference and popularizing the algorithm for maximization of expectations.

In 2001, Jordan and others resigned from the Machine Learning editorial board. In a public letter, they called for less restrictive access and committed support for a new open access journal, Leslie Kaelbling’s Journal of Machine Learning Research, to promote the evolution of the machine learning field.

The ACM - AAAI Allen Newell Award, the IEEE Neural Networks Pioneer Award, and a NSF Young Investigator Award have been presented to Jordan at numerous international awards including the Best Student Paper Award for Machine Learning at the International Conference. In 2010 he was appointed a “contributor of theory and the application of machine learning” Fellow of the Association for Computing Machinery. Mr. Jordan is a member of the National Academy of Science, a member of the National Academy of Engineering and an American Academy of Arts and Sciences.

He was named a Neyman Lecturer by the Institute of Mathematical Statistics and a Medallion Lecturer. He was awarded in 2015 with the David E. Rumelhart Award and in 2009 with the ACM/AAAI Allen Newell Award.

In 2016, Jordan was identified as “the most important computer scientist” and was analyzed through the Semantic Scholar project for the published literature.

SAFFRON: an adaptive algorithm for online control of the false discovery rate

A Berkeley View of Systems Challenges for AI

We propose a non-parametric link prediction algorithm for a sequence of ...
Purnamrita Sarkar, et al. ∙

An Analysis of the Convergence of Graph Laplacians