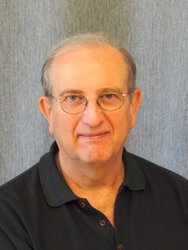 He moved to York University in 2000 where he is now Distinguished Research Professor of Vision Science. He was Director of the Centre for Vision Research at York University from 2000-2006. Among his honors are: Canadian Heart Foundation Scholar at University of Toronto 1981-1984; an Honorable Mention Marr Prize at the 1st International Conference in Computer Vision in 1987; Fellow, Artificial Intelligence and Robotics Program at Canadian Institute for Advanced Research 1985-1995; Tier I Canada Research Chair of Computational Vision 2003-2024; Fellow of the Royal Society of Canada; Fellow IEEE; 2006 Canadian Image Processing and Pattern Recognition Society Award for Research Excellence and Service; the 1st President’s Research Excellence Award from York University on the occasion of the University’s 50th anniversary in 2009; the 2011 Geoffrey J. Burton Memorial Lectureship from the United Kingdom's Applied Vision Association for significant contribution to vision science; the 2015 Sir John William Dawson Medal from the Royal Society of Canada for sustained excellence in multidisciplinary research, the first computer scientist to be so honored; and several conference best paper or finalist awards.

His current research focuses on a comprehensive theory of visual attention in humans. A practical outlet for this theory forms a second focus, embodying elements of the theory into the vision systems of mobile robots.