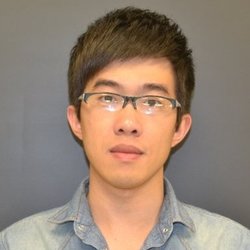 Jianwen Xie is a research scientist at Hikvision Research America. Prior to his position at Hikvision, he worked as a postdoctoral researcher and a staff research associate at UCLA for about one year after receiving his Ph.D. in Statistics there.

During his first year of Ph.D. studies, Jianwen worked as graduate student researcher first at the Center for Image and Vision Science. His project that year was titled “Discriminatively Trained Mixture of Active Basis Models for Object Recognition.” He spent his final three years at the Center for Vision, Cognition, Learning, and Art for three years. His projects there were titled, “Unsupervised Learning Compositional Sparse Codes for Natural Images Representation and “Comparison of Different Dictionary Learning Techniques for fMRI Classification.” He also spent a summer at Nokia in Berkeley as a computer vision research intern. His project there proposed an improvement to one aspect of autonomous driving technology. For more information on these projects, visit

A Tale of Two Flows: Cooperative Learning of Langevin Flow and Normalizing Flow Toward Energy-Based Model

In this paper, we propose a noise-aware encoder-decoder framework to dis...
Jing Zhang, et al. ∙

A Representational Model of Grid Cells Based on Matrix Lie Algebras

Learning representations of data is an important problem in statistics a...
Jianwen Xie, et al. ∙

Learning where to look: Semantic-Guided Multi-Attention Localization for Zero-Shot Learning

This paper entertains the hypothesis that the primary purpose of the cel...
Ruiqi Gao, et al. ∙

A Theory of Generative ConvNet