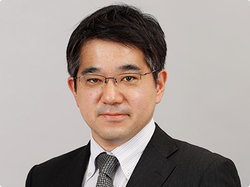 Isao Echizen received B.S., M.S., and D.E. degrees from the Tokyo Institute of Technology, Japan, in 1995, 1997, and 2003, respectively. He joined Hitachi, Ltd. in 1997 and until 2007 was a research engineer in the company's systems development laboratory. He is currently an advisor to the director general of the National Institute of Informatics (NII), a professor in NII's Information and Society Research Division, and a professor in the Department of Information and Communication Engineering, Graduate School of Information Science and Technology, The University of Tokyo, Japan. He is also a visiting professor at the Tsuda University, Japan, and was a visiting professor at the University of Freiburg, Germany, in 2010 and at the University of Halle-Wittenberg, Germany, in 2011. He is currently engaged in research on information security and content security and privacy. He received the Best Paper Award from the IPSJ in 2005 and 2014, the Fujio Frontier Award and the Image Electronics Technology Award in 2010, the One of the Best Papers Award from the Information Security and Privacy Conference in 2011, the IPSJ Nagao Special Researcher Award in 2011, the DOCOMO Mobile Science Award in 2014, the Information Security Cultural Award in 2016, and the IEEE Workshop on Information Forensics and Security Best Paper Award in 2017. He was a member of the Information Forensics and Security Technical Committee and the IEEE Signal Processing Society. He is the Japanese representative on IFIP TC11 (Security and Privacy Protection in Information Processing Systems).