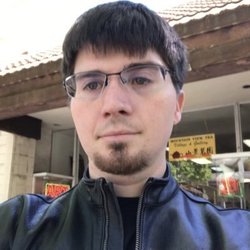 Ian J. Goodfellow is a researcher working as a research scientist at Google Brain in machine learning. He contributed several times to the field of profound learning.

Goodfellow’s got his B.S. And M.S. And M.S. Stanford University’s informatics and machine-learning doctorates under the supervision of Yoshua Bengio and Aaron Courville, Université de Montréal. Goodfellow joined Google as part of the Google Brain Research Team after graduation. Then he left Google to join the newly established OpenAI Institute. In March 2017, he returned to Google Research.

Goodfellow is best known for inventing generative opponent networks, an approach frequently used in Facebook machine learning. He is also the lead author of the Deep Learning textbook. At Google, it developed a system that allows Google Maps to automatically transcribe photos taken by Street View cars from adresses and demonstrate safety vulnerabilities in the machine learning system.

An Empirical Investigation of Catastrophic Forgetting in Gradient-Based Neural Networks

An empirical analysis of dropout in piecewise linear networks

On the Challenges of Physical Implementations of RBMs

We propose a new type of hidden layer for a multilayer perceptron, and d...
Ian J. Goodfellow, et al. ∙