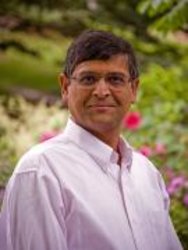 Kumar's research spans data mining, high-performance computing, and their applications in Climate/Ecosystems and health care. His research has resulted in the development of the concept of isoefficiency metric for evaluating the scalability of parallel algorithms, as well as highly efficient parallel algorithms and software for sparse matrix factorization (PSPASES) and graph partitioning (METIS, ParMetis, hMetis). He has authored over 300 research articles, and has coedited or coauthored 10 books including two text books ``Introduction to Parallel Computing'' and ``Introduction to Data Mining'', that are used world-wide and have been translated into many languages. Kumar's current major research focus is on bringing the power of big data and machine learning to understand the impact of human induced changes on the Earth and its environment. Kumar served as the Lead PI of a 5-year, $10 Million project, "Understanding Climate Change - A Data Driven Approach", funded by the NSF's Expeditions in Computing program that is aimed at pushing the boundaries of computer science research.

In this manuscript, we provide a structured and comprehensive overview o...
Jared Willard, et al. ∙

In many domains, there is significant interest in capturing novel relati...
Saurabh Agrawal, et al. ∙

Spatio-Temporal Data Mining: A Survey of Problems and Methods

Machine Learning for the Geosciences: Challenges and Opportunities