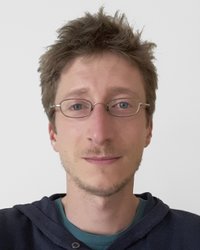 Professor, IRIT/INP-ENSEEIHT at University of Toulouse

Nicolas Dobigeon received the Eng. degree in Electrical Engineering from INP-ENSEEIHT, Toulouse, France, and the M.Sc. degree in Signal Processing from the Institut National Polytechnique de Toulouse (Toulouse INP), both in June 2004. He received the Ph.D. degree and Habilitation à Diriger les Recherches in Signal Processing from Toulouse INP in 2007 and 2012, respectively. From 2007 to 2008, he was a Postdoctoral Research Associate with the Department of Electrical Engineering and Computer Science, University of Michigan, Ann Arbor.

Since 2008, Nicolas Dobigeon has been with Toulouse INP (INP-ENSEEIHT, University of Toulouse) where he is currently a Professor. He conducts his research within the Signal and Communications (SC) group of IRIT and is an associate member of the Apprentissage Optimisation Complexité (AOC) project-team of CIMI. He currently holds an AI Research Chair at the Artificial and Natural Intelligence Toulouse Institute (ANITI) and he is a Junior Member of the Institut Universitaire de France (IUF, 2017-2022).

His recent research activities have been focused on statistical signal and image processing, with a particular interest in Bayesian inverse problems and applications to remote sensing, biomedical imaging and microscopy.

In the context of Earth observation, the detection of changes is perform...
Jin-Ju Wang, et al. ∙

In this work, we consider the problem of blind source separation (BSS) b...
Christophe Kervazo, et al. ∙

High-dimensional Gaussian sampling: a review and a unifying approach based on a stochastic proximal point algorithm

Spectral variability is one of the major issue when conducting hyperspec...
Tatsumi Uezato, et al. ∙

Electron microscopy has shown to be a very powerful tool to map the chem...
Étienne Monier, et al. ∙

Change detection is one of the most challenging issues when analyzing re...
Vinicius Ferraris, et al. ∙

R-FUSE: Robust Fast Fusion of Multi-Band Images Based on Solving a Sylvester Equation

Texture characterization is a central element in many image processing a...
Sébastien Combrexelle, et al. ∙

Hyperspectral and Multispectral Image Fusion based on a Sparse Representation

When considering the problem of unmixing hyperspectral images, most of t...
Nicolas Dobigeon, et al. ∙

We propose a solution to the image deconvolution problem where the convo...
Se Un Park, et al. ∙