﻿What is a Perceptron?

A Perceptron is an algorithm used for supervised learning of binary classifiers. Binary classifiers decide whether an input, usually represented by a series of vectors, belongs to a specific class.

In short, a perceptron is a single-layer neural network. They consist of four main parts including input values, weights and bias, net sum, and an activation function.

How does a Perceptron work? 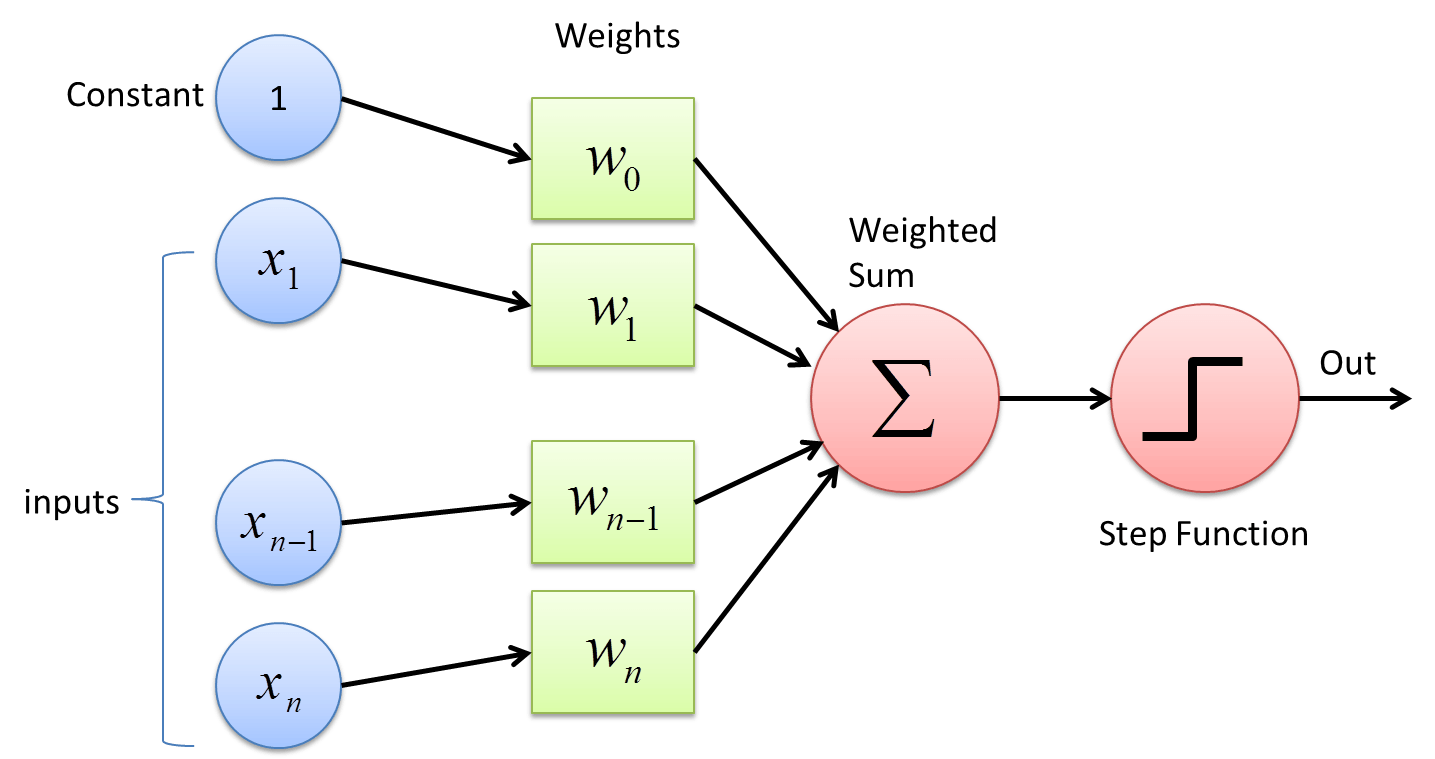