The algebra and machine representation of statistical models

As the twin movements of open science and open source bring an ever greater share of the scientific process into the digital realm, new opportunities arise for the meta-scientific study of science itself, including of data science and statistics. Future science will likely see machines play an active role in processing, organizing, and perhaps even creating scientific knowledge. To make this possible, large engineering efforts must be undertaken to transform scientific artifacts into useful computational resources, and conceptual advances must be made in the organization of scientific theories, models, experiments, and data. This dissertation takes steps toward digitizing and systematizing two major artifacts of data science, statistical models and data analyses. Using tools from algebra, particularly categorical logic, a precise analogy is drawn between models in statistics and logic, enabling statistical models to be seen as models of theories, in the logical sense. Statistical theories, being algebraic structures, are amenable to machine representation and are equipped with morphisms that formalize the relations between different statistical methods. Turning from mathematics to engineering, a software system for creating machine representations of data analyses, in the form of Python or R programs, is designed and implemented. The representations aim to capture the semantics of data analyses, independent of the programming language and libraries in which they are implemented. 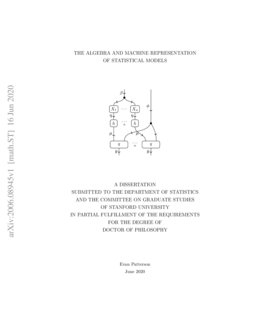 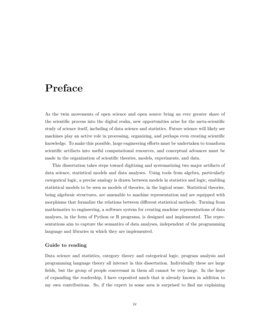 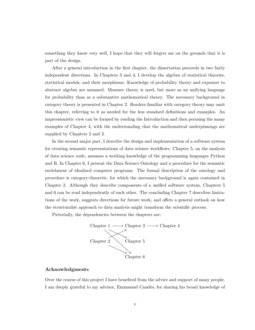 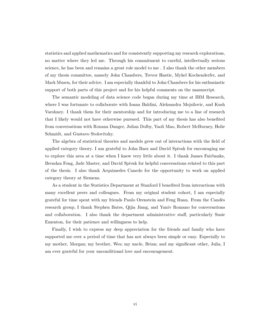