What is Open Source?

Open source is the terminology used to describe products in which the source code, design documents, and content are all available for free. While the term was originally used exclusively in software, it has since expanded to cover other open content forms of collaboration. First appearing in literature in 1685, "open source" as a term to describe "free software" really transpired in the 1990's. The open source movement in software primarily was motivated as a response to the limitations of proprietary code. Netscape, the internet web browser, released the source code of their Navigator browser, leading to a popular adoption of "open source" both in name and distribution method. 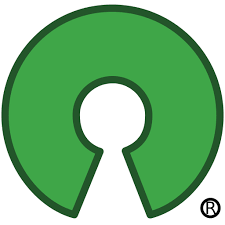 As a model, open source is a decentralized software development architecture that encourages open collaboration. Often, this is thought of as any software in which participants work together in a goal-oriented fashion to create a product, or service, of value. A popular example is the Linux system in which the source code is released, and the community of developers work coequally to to create the software. Similarly, the open source model can be used to describe models in which there is coequal contribution open a proprietary foundation, such as Wikipedia. While anyone can edit on Wikipedia, the framework in which articles are stored and displayed remains indelible.