What is an Ordered Pair?

An ordered pair is a pair of objects in which the order of the objects is significant and is used to distinguish the pair. An example is the ordered pair (a,b) which is notably different than the pair (b,a) unless the values of each variable are equivalent. Coordinates on a graph are represented by an ordered pair, x and y. In computer science, ordered pairs of scalars are also called two-dimensional vectors. In an ordered pair, the initial variable is called the "first entry" and the following, the "second entry" of the pair.

As referenced above, computer science uses the principles of ordered pairs in what are known as sequences. A sequence, or list, consists of pairs of scalars, also called two-dimensional vectors. A commonly used form of two-dimensional vectors is called a polar vector. Polar vectors use ordered pair notation to represent the magnitude, or length, and angle of the vector. 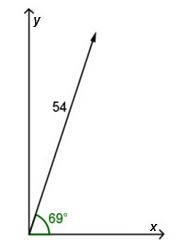 One of the foundations of mathematics is called set theory. Set theory is the idea that objects can be categorically grouped into sets. Given a basic understanding and acceptance of set theory, all mathematical objects must be defined as sets. Several set theories have attempted to define the principles of an ordered pair, most notably Kazimierz Kuratowski who defined an ordered pair as (a, b)K = (c, d)K.