Riesz transform associated with the fractional Fourier transform and applications 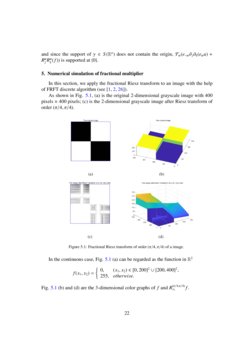 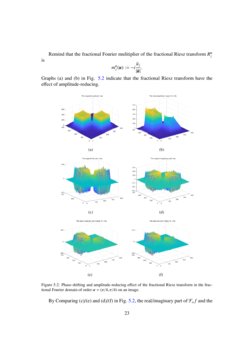 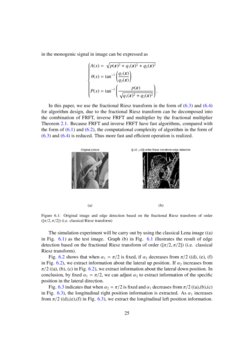 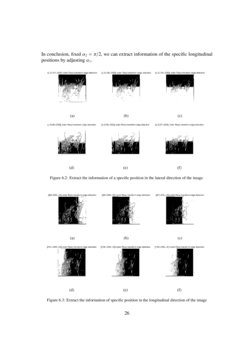 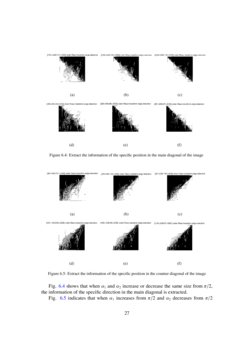 In this paper, we introduce and analyze a high-order quadrature rule for...
Senbao Jiang, et al. ∙

Unitary Shift Operators on a Graph

One of the fundamental operators in Fourier analysis theory is the Hilbert transform, which can be formally written as

and it is related to the study of the conjugate Fourier series of functions. The main method used in the early study of the Hilbert transform is complex analysis method, and the discussion of real analysis method began around 1920s. The Hilbert transform is the prototype of all singular integrals, which provides inspiration for the subsequent development of this subject. In 1952, the work of Calderón and Zygmund in cz extending this operator to Rn. In particular, it has made a great contribution to the application of partial differential equation theory. The singular integral operator is the most wonderful piece of contemporary harmonic analysis. The Hilbert transform plays an key role not only in Fourier analysis, but also in communication systems and digital signal processing systems, such as in filter, edge detection and modulation theory; see g3 ; h . In signal processing, the Hilbert transform H(f) of a real-valued function is the convolution of the signal f(t) with 1/(πt). Therefore, the Hilbert transform H(f) can be understood as the output of f(t) linear time invariant system with impulse response is 1/(πt).

Given f in S(Rn) we define

We call ^f or F(f) the Fourier transform of f.

where cn=Γ(n+12)/πn+12. The Riesz transform is also a multiplier operator:

gave the FRFT through the method primarily on eigenfunction expansions in 1980. McBride-Kerr in

mk and Kerr in k gave the integral expressions of the FRFT on S(R) and L2(R), respectively. In 2021, Chen, the first, second and fourth authors in cfgw established the behavior of FRFT on Lp(R) for 1≤p<2.

A chirp function is a non-stationary signal in which the frequency increases (up-chirp) or decreases (down-chirp) with time. The chirp signal is the most common non-stationary signal. In 1998, Zayed in z2 gave the definition of the fractional Hilbert transform associated with the FRFT.

where eα(x)=eix2cotα2 is a chirp function.

for any x∈Rn. It is easy to observe that FRFT of f can be written with

Motivated by these works, we define the fractional Riesz transform associated with the multidimensional FRFT as follows.

For 1≤j≤n, the jth fractional Riesz transform of f∈S(Rn) is given by

2.1 The properties of the fractional Riesz transform

We now give a fractional Fourier multiplier theorem in the FRFT context.

The jth fractional Riesz transform Rαj is given on the FRFT side by multiplication by the function −i~uj|~u|. That is, for any f∈S(Rn) we have

From the substitution of variables, we have

which completes the proof of the theorem. ∎

By Theorem 2.1 and Lemma 2.2, the jth fractional Riesz transform of order α can be rewritten as

Denote by mαj(u):=−i~uj/|~u|. We see that the fractional Riesz transform of a function f can be decomposed into three simpler operators, according to the diagram of Fig. 2.1:

Next, we establish the Lp(Rn) boundedness of the fractional Riesz transform.

For all 1<p<∞, there exists a positive constant C such that

From the Lp boundedness of the Riesz transform in ldy with Theorem 2.1.4, it follows that

According to the Theorem 2.1, we can obtain an identity property of the fractional Riesz transform.

where I is the identity operator.

2.2 The boundedness of singular integral operators with chirp function in rotation invariant spaces

Then we consider the boundedness of Tα on rotation invariant Banach spaces.

When K satisfies suitable conditions, the boundedness of Tα and T in rotation invariant space is equivalent.

In this section, we naturally consider the boundedness of singular integral operator with chirp function in non-rotation invariant space, such as Hardy space. Hardy spaces measure the smoothness within distributions, which become more singular as p decreases. Hardy spaces can be regarded as a substitute for Lp when p<1.

(see g1 ) Let f be a bounded tempered distribution on Rn and let 0<p<∞. We say that f lies in the Hardy spaces Hp(Rn) if the Poisson maximal function

Before introducing atom characterization of Hardy spaces, we recall the definition of atoms.

(see c ; l ) If 0<p≤1≤q≤∞,p<q,s∈Z and s≥[n(1p−1)], then (p,q,s) satisfying the above conditions are said to be admissible triples, where [⋅] represents an integer function. If the real valued function a satisfies the following conditions

and the norm is defined as follows

We can clearly see that ∥eαf∥Hp depends on α, that is,

Hardy space Hp(Rn) is not a rotation invariant space.

Now let us consider the boundedness of singular integral operators with chirp function in Hardy space when the kernel K satisfies certain size and smoothness conditions. Let’s recall the definition of the δ-Calderón-Zygmund operator.

(see l1 ) Let T is a bounded linear operator. We say T is a δ-Calderón-Zygmund operator, if T is bounded on L2(Rn) and K is a continuous function on Rn×Rn∖{(x,y):x≠y} satisfies

(see l1 ) Suppose T is a δ-Calderón-Zygmund operator and its conjugate operator T∗=0. Then T can be extended to bounded operator from Hp(Rn) to Hp(Rn), where 0<δ≤1, nn+δ<p≤1.

By standard calculations, we have the following estimates for

We define a new class of Hardy space with chirp funtions as follows.

Let f be a bounded tempered distribution on Rn and let 0<p<∞. We say that f lies in the chirp Hardy spaces Hpα(Rn) for α∈Rn with αk∉πZ, k=1,2,⋯,n, if the Poisson maximal function with chirp function

The above identity is rewritten as

Since ¯f∈Hp(Rn), we obtain f:=e−α¯f∈Hpα(Rn), which completes the proof of the theorem. ∎

It is known that the dual space of H1 is the BMO space. In order to study dual space of chirp Hardy space, we define a new BMO space with chirp function as follows.

We discuss the dual spaces of chirp Hardy spaces Hpα(Rn)(0<p≤1). When p=1, we have the following theorem.