In the past few years, the growth of e-commerce and digital marketing in Vietnam has generated a huge volume of opinionated data. Analyzing those data would provide enterprises with insight for better business decisions. In this work, as part of the Advosights project, we study sentiment analysis of product reviews in Vietnamese. The final solution is based on Self-attention neural networks, a flexible architecture for text classification task with about 90.16 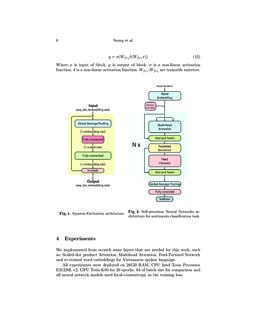 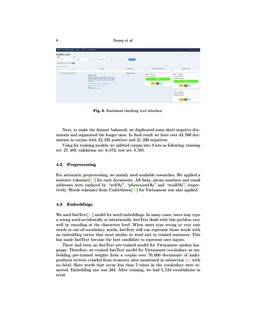 Sentiment analysis aims to analyze human opinions, attitudes, and emotions. It has been applied in various fields of business. For instance, in our current project, Advosights, it is used to measure the impact of new products and ads campaigns through consumer’s responses.

In the past few years, together with the rapid growth of e-commerce and digital marketing in Vietnam, a huge volume of written opinionated data in digital form has been created. As the result, sentiment analysis plays a more critical role in social listening than ever before. So far, human effort is the most common solution for sentiment analysis problems. However, this approach generally does not result in the desired outcomes and speed. Human check and labeling are time consuming and error-prone. Therefore, developing a system that automatically classifies human sentiment is highly essential.

While we can easily find a lot of sentiment analysis researches for English, there are only a few works for Vietnamese. Vietnamese is a unique language and it differs from English in a number of ways. To apply the same techniques that work for English to Vietnamese would yield inaccurate results. This has motivated our systematic study in sentiment analysis for Vietnamese. Since our project, Advosights, initially served a well-known electronics brand, we decided to focus our study on electronic product reviews. Broader scopes will be studied in future works.

Our initial approach was to build a sentiment lexicon dictionary. Its first version was based on some statistical methods

to estimate the sentiment score for each word from a list, collected manually based on Vietnamese dictionaries. This approach did not work well because the dataset came from casual reviews, that were practically spoken language with a lot of slang words and acronyms. This fact made it almost impossible to build a dictionary that cover all of those words. We then tried to use a simple neural network to learn sentiment lexicons from corpus automatically

Some machine learning-based approaches have been studied. For examples, CountVectorizer and Term Frequency–Inverse Document Frequency (Tf-idf) were used for word representations. Support Vector Machine (SVM) and Naive Bayes were used as classifiers. However, the results were not very encouraging.

[9], etc. Although some of them achieved pretty good accuracy, the models were heavy and had very long inference time. Our final model is based on the Self-attention neural network architecture Transformer [16], a well known state of the art technique in machine translation. It provided top accuracy and has very fast inference time when running on real data.

The paper is organized as follows. In section 2, some description of self-attention is provided for motivation. In section 3, our architecture is presented. The experiments are described in section 4. Finally, conclusions and remarks are included in section 5.

Inspired by human sight mechanism, Attention was used in the field of visual imaging about 20 years ago [3]. In 2014, a group from Google DeepMind applied Attentions to the RNN for image classification tasks [7]. After that, Bahdanau et al. [8]

applied this mechanism to encoder-decoder architectures in machine translation task. It became the first work to apply Attention mechanism to the field of Natural Language Processing (NLP). Since then, Attention became more and more common for the improvement in various NLP tasks based on neural networks such as RNN/CNN

In 2017, Vaswani et al. first introduced Self-attention Neural Network [16]. The proposed architecture, Transformer, did not follow the well-known idea of recurrent network. This paper paved the way and Self-attention have become a hot topic in the field of NLP in the last few years. In this section, we describe their approach in detail.

eij=a(si−1,hj), where a(si−1,hj) is a function to compute the compatibility score between si−1 and hj.

Let us consider si−1 as a query vector q. And hj now duplicated, one is key vector kj and the other is value vector vj (in current NLP work, the key and value vector are frequently the same, there for hj can be considered as kj or vj). The equations outlined above generally look like:

where dmodel is dimension of input vectors or k vector (q, k, v have the same dimension as input embedding vector).

Self-attention is a mechanism to apply Scaled Dot-Product Attention to every token of the sentence for all others. It means for each token, this process will compute a context output that incorporates informations of itself and information about how it relates to others tokens in the sentence.

By using a linear feed-forward layer as a transformation to create three vectors (query, key, value) for every token in sentence, then apply the attention mechanism outlined above to get the context matrix. But it seems very slow and takes a bunch of time for whole process. So, instead of creating them individually, we consider Q is a matrix containing all the query vectors Q=[q1,q2,...,qn], K contains all keys K=[k1,k2,...,kn], and V contains all values V=[v1,v2,...,vn]. As the result, this process can be done in parallel [16].

Instead of performing Self-attention a single time with (Q,K,V) of dimensions dmodel. Multi-head Attention performs attention h times with (Q,K,V) matrices of dimensions dmodel/h, each time for applying Attention, it is called a head. For each head, the (Q,K,V) matrices are uniquely projected with different dimensions dq, dk and dv (equal to dmodel/h), then self-attention mechanism is performed to yield an output of the same dimension dmodel/h [16]. After all, outputs of h heads are concatenated, and apply a linear projection layer once again. This process can be summarized by the following equations:

Self-attention can provide context matrix containing information about how a token relates with the others. However, this attention mechanism still has limit, losing positional information problem. It does not care about the order of tokens. That means outputs of this process is invariant with the same set of tokens with order permutations. So, to make it work, neural networks need to incorporate positional information to the inputs. Sinusoidal Positional Encoding technique is commonly used to solve this problem.

This technique was proposed by Vaswani et al. [16]. The main point of this technique is to create Position Encoding (PE) using sinusoidal and cosinusoidal functions to encode the position. The PE function can be write by following equation:

where position starts from 1 and i is ith dimension of dmodel dimensions. It means that for each dimension of the positional encoding corresponds to a different sinusoids.

The advantages of this technique is it can add positional information for sentences longer than those in training dataset.

We added a block inspired by paper “Squeeze-and-Excitation Networks”, Hu et al. [18] for the average attention mechanism and the gating mechanism by stacking a GobalAveragePooling1D layer then forming a bottleneck with two fully-connected layers (see Fig. 2). The first layer is dimensionality-reduction layer with reduction ratio r (in our experiment default is 4) with a non-linear activation and then the second layer is dimensionality-increasing layer to return the result to dmodel

dimension also with a sigmoid activation function, which scale the feature value into range

[0,1]. It means this layer computes how much a feature incorporates information to contextual semantics. We call this technique Embedding Feature Attention.

We implemented from scratch some layers that are needed for this work, such as: Scaled-dot product Attention, Multihead Attention, Feed-Forward Network and re-trained word embeddings for Vietnamese spoken language.

There is no public dataset for electronics product reviews in Vietnamese. We had to crawl user reviews from several e-commerce websites, such as Tiki, Lazada, shopee, Sendo, Adayroi, Dienmayxanh, Thegioididong, fptshop, vatgia. Based on our purposes, we chose some data fields to collect and store. Some data samples are presented in Tab. 1 below.

After analyzing and visualizing, we found that the dataset was very imbalanced (see the description below) and noisy. There were some meaningless reviews (user1 in Tab. 1). Some of them did not have sentiments (user4, user8 and user9 in Tab. 1). Sometimes, the ratings do not reflect the sentiment of reviews, (see user6 in Tab. 1). Therefore, a manual inspection step was applied to clean and label the data. We also built a tool for labeling process to made it smoothly and faster (see Fig. 3).

- Corpus have only 2 labels (positive and negative).

Next, to make the dataset balanced, we duplicated some short negative documents and segmented the longer ones. In final result we have over 43,500 documents in corpus with 22,335 positives and 21,236 negatives.

For automatic preprocessing, we mainly used available researches. We applied a sentence tokenizer[21] for each documents. All links, phone numbers and email addresses were replaced by “urlObj”, “phonenumObj” and “mailObj”, respectively. Words tokenizer from Underthesea[20] for Vietnamese was also applied.

We used fastText[13] model for word embeddings. In many cases, users may type a wrong word accidentally or intentionally. fastText deals with this problem very well by encoding at the characters level. When users type wrong or very rare words or out-of-vocabulary words, fastText still can represent those words with an embedding vector that most similar to word met in trained sentences. This has made fastText become the best candidate to represent user inputs.

There had been no fastText pre-trained model for Vietnamese spoken language. Therefore, we trained fastText model for Vietnamese vocabulary as embedding pre-trained weights from a corpus over 70,000 documents of multi-products reviews crawled from ecomerce sites mentioned in subsection 4.1 with no label. Rare words that occur less than 5 times in the vocabulary were removed. Embedding size was 384. After training, we had 5,534 vocabularies in total.

In this paper we demonstrated that using Self-attention Neural Network is faster than previous state of the art techniques with the best result in test set and achieved exceptionally good results when ran in prodution (Predictions make sense to human in unlabeled data with very fast inference time).

For future work, we plan to extend stacked multi-head self-attention architectures. We are also interested in seeing the behaviour of the models explored in this work on much larger datasets (beyond the electronics product reviews) and more classes.

We thank our teammates, Tran A. Sang, Cao T. Thanh, and Ha H. Huy for helpful discussions and supports.