This paper describes one objective function for learning semantically coherent feature embeddings in multi-output classification problems, i.e., when the response variables have dimension higher than one. In particular, we consider the problems of identity retrieval and soft biometrics in visual surveillance environments, which have been attracting growing interests. Inspired by the triplet loss function, we propose a generalization of that concept: a quadruplet loss, that 1) defines a metric that analyzes the number of agreeing labels between pairs of elements; and 2) disregards the notion of anchor, replacing d(A1,A2) < d(A1,B) by d(A,B) < d(C,D) distance constraints, according to such perceived semantic similarity between the elements of each pair. Inherited from the triplet loss formulation, our proposal also privileges small distances between positive pairs, but also explicitly enforces that the distances between negative pairs directly correspond to their similarity in terms of the number of agreeing labels. This typically yields feature embeddings with a strong correspondence between the classes centroids and their semantic descriptions, i.e., where elements that share some of the labels are closer to each other in the destiny space than elements with fully disjoint classes membership. Also, in opposition to its triplet counterpart, the proposed loss is not particularly sensitive to the way learning pairs are mined, being agnostic with regard to demanding criteria for mining learning instances (such as the semi-hard pairs of triplet loss). Our experiments were carried out in four different datasets (BIODI, LFW, Megaface and PETA) and validate our assumptions, showing highly promising results. 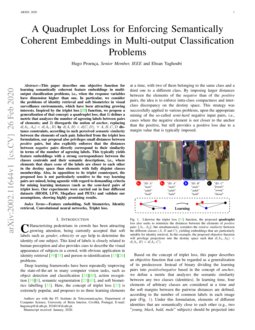 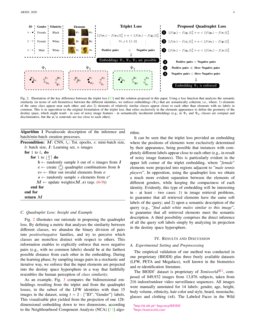 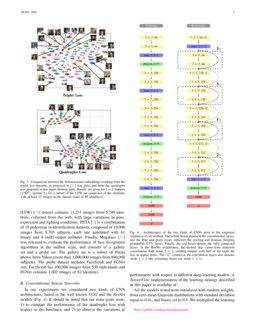 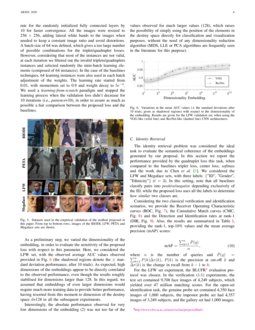