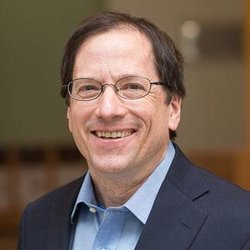 William T. Freeman is Professor of Electrical and Computer Engineering at the Massachusetts Institute of Technology in Thomas and Gerd Perkins. He is known for his computer vision contributions.

Freeman graduated from the University of Stanford in 1979 with a Ph.D. from MIT in 1992. He then worked at Mitsubishi Electric Research Labs before joining Faculty of Electrical Engineering and Computer science at MIT in 2001 and is currently Thomas and Gerd Perkins. From 2011 to 2014, he served as Associate Department Head.

The research interests of Freeman include machine learning, computer vision, Bayesian visual perception models, and computer photography. In addition, he has contributed research on steering filters and pyramids, histograms of orientation, the generic assumption of views, color constancy, computer vision for computer games and loop-crossing networks. He was awarded outstanding paper awards in 1997, 2006, 2009 and 2012 at computer vision and machine learning conferences and prize-winning awards in 1990 and 1995. He is an ACM and IEEE fellow.

What Makes RAFT Better Than PWC-Net?

Advances in the state of the art for 3d human sensing are currently limi...
Eduard Gabriel Bazavan, et al. ∙

What You Can Learn by Staring at a Blank Wall

We present a passive non-line-of-sight method that infers the number of ...
Prafull Sharma, et al. ∙

Toward Automatic Interpretation of 3D Plots

This paper explores the challenge of teaching a machine how to reverse-e...
Laura E. Brandt, et al. ∙

NeRFactor: Neural Factorization of Shape and Reflectance Under an Unknown Illumination

We address the problem of recovering the shape and spatially-varying ref...
Xiuming Zhang, et al. ∙

Omnimatte: Associating Objects and Their Effects in Video

Remarkable progress has been made in 3D reconstruction of rigid structur...
Gengshan Yang, et al. ∙

Explaining in Style: Training a GAN to explain a classifier in StyleSpace

The light transport (LT) of a scene describes how it appears under diffe...
Xiuming Zhang, et al. ∙

It Is Likely That Your Loss Should be a Likelihood

SpeedNet: Learning the Speediness in Videos

We recover a video of the motion taking place in a hidden scene by obser...
Miika Aittala, et al. ∙

Speech2Face: Learning the Face Behind a Voice

How much can we infer about a person's looks from the way they speak? In...
Tae-Hyun Oh, et al. ∙

Learning the Depths of Moving People by Watching Frozen People

We present a method for predicting dense depth in scenarios where both a...
Zhengqi Li, et al. ∙

From a single image, humans are able to perceive the full 3D shape of an...
Xiuming Zhang, et al. ∙

Reasoning About Physical Interactions with Object-Oriented Prediction and Planning

Objects are made of parts, each with distinct geometry, physics, functio...
Zhijian Liu, et al. ∙