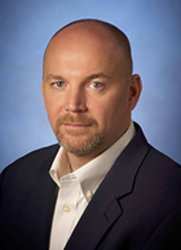 The American computer scientist is Patrick Drew McDaniel. He is a Professor of IT at the School for Electrical Engineering and Computer Science, William L. Weiss and Director of the Institute for Networking and Security Research, at the Pennsylvania State University. In the areas of computer security, operating systems and computer networks, he made several contributions. McDaniel is best known for his work in mobile and electronic voting, piracy prevention and mobile networks. He was named IEEE Fellow and ACM Fellow in recognition of his contributions and service to the scientific community. He was a senior research staff member at AT&T Labs before joining Penn State in 2004. Under the direction of Atul Prakash, he earned his PhD in Electrical Engineering and Computer Science from the University of Michigan.

The research interests of Patrick McDaniel cover a wide range of topics, from computer safety to technical public policy. He is the author, co-author and author of several patents, books and technical documents.

McDaniel was a senior researcher at AT&T Laboratories, and contributed to a joint study of the sources of unauthorized film copies with the University of Pennsylvania. The study analyzed the availability and characteristics of popular films in networks for file sharing. They used a dataset of 312 popular films and found that 77% of these specimens seem to have been leaked by a manufacturer.

McDaniel and his team evaluated the safety of Ohio’s electronic voting systems. Ohio Secretary of State Jennifer Brunner published the results of a comprehensive review of the electronic voting technology of her country on 14 December 2007. The study, known as the EVEREST project: Evaluation and Validation of electronic voting systems, standards and testing, examined both touch screen and optical scanning electronic voting systems by Election Systems & Software, Hart InterCivic, and Premier Election Systems. Three safety teams based at the State University of Pennsylvania, the University of Pennsylvania and WebWise Security, Inc. conducted security reviews as part of the study. The reviews started in September 2007 and concluded with the final report on 7 December 2007. The teams had access to voting machines and source software from the three sellers and conducted source code analysis and security penetration tests in order to identify safety problems that could affect the integrity of the equipment’s election.

The famous TaintDroid system is designed to track and identify privacy risks posed by downloaded application software on smartphones. TaintDroid uses dynamic taint analysis to track information sensitive to privacy from its sources to the point at which it leaves the phone via a wireless network interface. The Saint and Kirin follow-up projects are designed to provide enhanced application-provider security policies and evaluate applications’ privileges when they are installed.

Telecommunication networks and other critical infrastructure are rapidly integrated into the internet in a logical and physical isolation from other systems. Systems including the electrical grid and traffic systems are now accessible to users with only a few clicks of a mouse regardless of their location. McDaniel demonstrated that an adversary can launch attacks that deny voice services to cellular telecommunication networks in major cities with the bandwidth available to most cable modems. When such computer networks are essential to save lives, in emergencies, such attacks can be extremely dangerous. McDaniel proposed defenses to mitigate these vulnerabilities and a range of other related vulnerabilities found in cellular networks.

Measuring and Mitigating the Risk of IP Reuse on Public Clouds

On the Robustness of Domain Constraints

Machine learning algorithms have been shown to be vulnerable to adversar...
Ryan Sheatsley, et al. ∙

Ensuring that information flowing through a network is secure from manip...
Stefan Achleitner, et al. ∙

How Relevant is the Turing Test in the Age of Sophisbots?

Program Analysis of Commodity IoT Applications for Security and Privacy: Challenges and Opportunities

The Space of Transferable Adversarial Examples

On the (Statistical) Detection of Adversarial Examples

Machine Learning (ML) models are applied in a variety of tasks such as n...
Kathrin Grosse, et al. ∙

For over a quarter century, security-relevant detection has been driven ...
Z. Berkay Celik, et al. ∙

The Limitations of Deep Learning in Adversarial Settings

Distillation as a Defense to Adversarial Perturbations against Deep Neural Networks