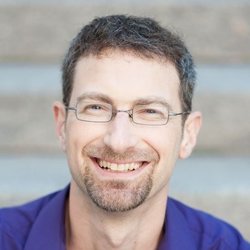 Martin M. Wattenberg is an American scientist and artist famous for his data visualization work. In collaboration with Fernanda Viégas, he worked at the Thomas J. Watson Research Center in Cambridge as part of the Visual Communication Lab and created Many eyes. In April 2010, Wattenberg and Viégas launched a new company named Flowing Media, Inc. to focus on consumer and mass visualization. Four months later, they joined Google as co-leaders in the Cambridge, Massachusetts, “Big Picture” Data Visualization Group of Google.

In Amherst, Massachusetts, Wattenberg grew up. He got an A.B. 1991 Brown University, an

Jones, on SmartMoney.com personal finance and investment website. He took up a position at IBM in 2002

Wattenberg focused on new forms of interactive web-based journalism at SmartMoney.com. In 1996-1997, early works ranged from worksheets to financial decision-making to expository graphic stories on topics such as bond return curves. In 1998 Wattenberg created the Market map, which visualized hundreds of publicly traded companies’ stock price performance. The map was the first treemap on the web and was widely imitated. Wattenberg subsequently started an interactive Research and Development Group at SmartMoney

Charts, graphs and simulations, and the visualization component library. Apart from his work at Dow Jones, Wattenberg is known for interactive viewing of data sets, ranging from baby names to NASA Museum Collection.

Wikipedia dynamic publications including first scientific study on vandalism repair. Wattenberg is one of the founders of the experimental IBM website Many Eyes, established in 2007

which is aimed at making visualization technology publicly accessible. In addition to the wide use

Many visualization techniques were invented or co-invented by Wattenberg. The market map was based on a

New algorithm for the layout of treemap. The Arc Diagram is a new technique for structural visualization in lengthy sequences, closely related to linear network embeddings, which many other designers have since used. Wattenberg and Viégas introduced together

Several techniques for representing text: in addition to the above described history flow technique, two

The text visualizations like Word Tree and Chromogram have been created.

Wattenberg uses interactive graphics and visualization as expressive media as an artist. He’s got

Worked mainly on projects that are accessible to the internet but also created installations, videos and prints.

In the 1990s he began working as an artistic medium with information visualization. His series Shape of Song, for example, showed the form of musical compositions; this project exists both online and

Prints that were displayed in multiple locations. Starrynight has provided a new form in cooperation with Alexander Galloway and Mark Tribe.

Online discussion of social, visual navigation. The first internet was an interactive representation of the world of online art

Artwork used for data collection by “crowdsourcing.” Wattenberg also worked with Golan Levin and contributed to the technique of visualization used

Wattenberg often works with Marek Walczak, with whom he has established a collaboration called

The relationship between language and space is a key theme of their work. For instance, the apartment

Inspired by the concept of a memory palace, a free-form text entered by

Viewer in a plan of architecture. The piece has been published in many versions, including online

Installation in and around the Whitney Museum of American Art. Other works explore interaction possibilities: for example, the Thinking Machine series is based on chess

Since 2003, Wattenberg has been working on interactive works in collaboration with Fernanda Viégas

“Revelation” joy. They used academic techniques such as history to create prints

Shown in venues such as the Museum of Modern Art in New York. Both created purely artistic visualizations. The Fleshmap series, for example, shows aspects of sensuality, including web work, video and work

An Interpretability Illusion for BERT

Visualizing and Measuring the Geometry of BERT

Do Neural Networks Show Gestalt Phenomena? An Exploration of the Law of Closure

One characteristic of human visual perception is the presence of "Gestal...
Been Kim, et al. ∙

TensorFlow.js: Machine Learning for the Web and Beyond

TensorFlow.js is a library for building and executing machine learning a...
Daniel Smilkov, et al. ∙

State of the art computer vision models have been shown to be vulnerable...
Justin Gilmer, et al. ∙

The recent successes of deep learning have led to a wave of interest fro...
Daniel Smilkov, et al. ∙