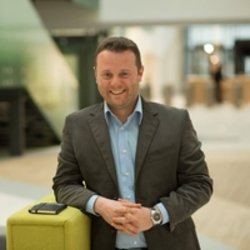 Code Review in the Classroom

This paper presents a case study to examine the affinity of the code rev...
Victor Rivera, et al. ∙

Machine Learning and value generation in Software Development: a survey

A survey of of blockchain-based solutions for Energy Industry

The energy industry needs to shift to a new paradigm from its classical ...
Swati Megha, et al. ∙

The role of formalism in system requirements (full version)

The role of formalism in system requirements (extended version)

The role of formalism in system requirements

From DevOps to DevDataOps: Data Management in DevOps processes

DevOps is a quite effective approach for managing software development a...
Antonio Capizzi, et al. ∙

Towards the Internet of Robotic Things: Analysis, Architecture, Components and Challenges

Towards A Broader Acceptance Of Formal Verification Tools: The Role Of Education

In this chapter we offer an overview of microservices providing the intr...
Manuel Mazzara, et al. ∙

DevOps and its Philosophy : Education Matters!

Teaching DevOps in academia and industry: reflections and vision

A Reference Architecture for Smart and Software-defined Buildings

Cyber-Storms Come from Clouds: Security of Cloud Computing in the IoT Era

The Internet of Things (IoT) is rapidly changing our society to a world ...
Michele De Donno, et al. ∙

Terrorism has become one of the most tedious problems to deal with and a...
Vivek Kumar, et al. ∙

This paper describes our experience of training a team of developers of ...
Manuel Mazzara, et al. ∙

On M2M Micropayments : A Case Study of Electric Autonomous Vehicles

Today social networks and services are one of the most important part of...
Rinat Khatipov, et al. ∙

Domain Objects and Microservices for Systems Development: a roadmap

The BioDynaMo Project: a platform for computer simulations of biological dynamics

This paper is a brief update on developments in the BioDynaMo project, a...
Leonard Johard, et al. ∙

In this paper we present the next step in our approach to neurobiologica...
Alexander Tchitchigin, et al. ∙

A Cognitive Architecture for the Implementation of Emotions in Computing Systems

In this position paper we present a novel approach to neurobiologically ...
Alexander Tchitchigin, et al. ∙