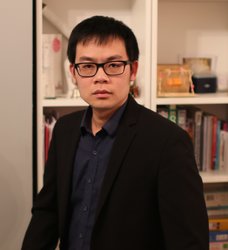 From January 2016 to April 2017, Hien Quoc Ngo was a VR researcher at the Department of Electrical Engineering (ISY), Linkoping University, Sweden. He was also a Visiting Research Fellow at the School of Electronics, Electrical Engineering and Computer Science, Queen's University Belfast (QUB), U.K., funded by the Swedish Research Council. Hien Quoc Ngo is currently a Lecturer at QUB. His current research interests include massive (large-scale) MIMO, cell-free massive MIMO, and cooperative communications.

Dr. Hien Quoc Ngo received the IEEE ComSoc Stephen O. Rice Prize in 2015, the IEEE ComSoc Leonard G. Abraham Prize in 2017, and the Best PhD Award from EURASIP in 2018. He also received the IEEE Sweden VT-COM-IT Joint Chapter Best Student Journal Paper Award in 2015. He was an IEEE COMMUNICATIONS LETTERS exemplary reviewer for 2014, an IEEE TRANSACTIONS ON COMMUNICATIONs exemplary reviewer for 2015, and an IEEE WIRELESS COMMUNICATIONS LETTERS exemplary reviewer for 2016. He was awarded the UKRI Future Leaders Fellowship in 2019. He currently serves as an Editor for the IEEE Wireless Communications Letters, Digital Signal Processing, and REV Journal on Electronics and Communications. He was a Guest Editor of IET Communications, special issue on "Recent Advances on 5G Communications" and a Guest Editor of IEEE Access, special issue on "Modelling, Analysis, and Design of 5G Ultra-Dense Networks", in 2017. He has been a member of Technical Program Committees for several IEEE conferences such as ICC, Globecom, VTC.