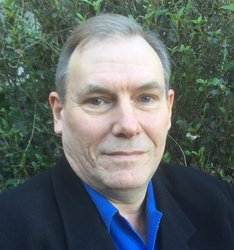 0 followers
The University of Queensland

Professor at The University of Queensland, CTO and Founder at Imagus Technology Pty Ltd;

Brian C. Lovell was born in Brisbane, Australia in 1960. He received the BE in electrical engineering in 1982, the BSc in computer science in 1983, and the PhD in signal processing in 1991: all from the University of Queensland (UQ). Professor Lovell is Director of the Advanced Surveillance Group in the School of ITEE, UQ. He was President of the International Association for Pattern Recognition (IAPR) [2008-2010], and is Fellow of the IAPR, Senior Member of the IEEE, and voting member for Australia on the Governing Board of the IAPR. He was General Co-Chair of the IEEE International Conference on Image Processing in Melbourne, 2013 and Program Co-Chair of the International Conference of Pattern Recognition in Tampa, 2008. His interests include non-cooperative Face Recognition, Biometrics, and Pattern Recognition.