What are multilayer perceptrons?

The MultiLayer Perceptron (MLPs) breaks this restriction and classifies datasets which are not linearly separable.  They do this by using a more robust and complex architecture to learn regression and classification models for difficult datasets.


How does a multilayer perceptron work?

The Perceptron consists of an input layer and an output layer which are fully connected.  MLPs have the same input and output layers but may have multiple hidden layers in between the aforementioned layers, as seen below. 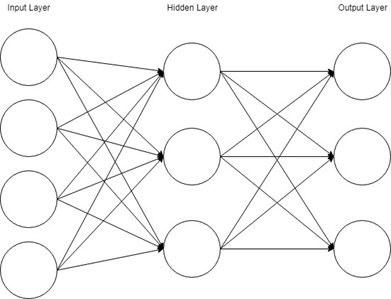 The algorithm for the MLP is as follows:


MLPs form the basis for all neural networks and have greatly improved the power of computers when applied to classification and regression problems.  Computers are no longer limited by XOR cases and can learn rich and complex models thanks to the multilayer perceptron.