User-generated data distributions are often imbalanced across devices and labels, hampering the performance of federated learning (FL). To remedy to this non-independent and identically distributed (non-IID) data problem, in this work we develop a privacy-preserving XOR based mixup data augmentation technique, coined XorMixup, and thereby propose a novel one-shot FL framework, termed XorMixFL. The core idea is to collect other devices' encoded data samples that are decoded only using each device's own data samples. The decoding provides synthetic-but-realistic samples until inducing an IID dataset, used for model training. Both encoding and decoding procedures follow the bit-wise XOR operations that intentionally distort raw samples, thereby preserving data privacy. Simulation results corroborate that XorMixFL achieves up to 17.6 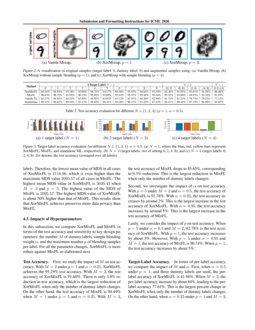 Securing more data is essential in imbuing more intelligence into machine learning (ML) models. In view of this, the problem of utilizing the sheer amount of user-generated private data has attracted significant attention in both academia and industry (park2018wireless; kairouz2019advances; park2020extreme). Federated learning (FL) is one promising solution based on exchanging model parameters among devices without sharing raw data, thereby preserving data privacy (McMahan2016; Konecny2016; Yang:FLSurvey; Smith:FLSurvey). While effective under independent and identically distributed (IID) data distributions, the performance of FL is highly degraded under non-IID user-generated data in practice (Zhao2018; Oh20:CL). Indeed, when each device has scarce samples of specific labels, the classification accuracy under MINST and CIFAR-10 datasets is degraded by up to 11% and 51%, respectively, compared to the IID counterparts (zhao2018federated).

On this account, in this article we seek for an FL solution coping with non-IID data distributions. Inspired by the Mixup data augmentation technique (Vanilla Mixup) producing a synthetic sample by linearly superpositioning two raw samples (Zhang2018), we first propose an XOR based mixup data augmentation method (XorMixup) that is extended to a novel FL framework, termed XorMixFL.

The key idea is to exploit the flipping property of the bit-wise XOR operation ⊕: (A⊕B)⊕B=A. For two devices d1 and d2, XorMixup is operated as follows.

While both (i) and (ii) preserve raw data privacy between two devices, (ii) improves the synthetic sample’s authenticity, increasing one-shot FL accuracy as detailed next.

As illustrated in Fig. 1, by applying XorMixup to a one-shot FL framework having only one communication round (Guha:19; HybridFL), each device in XorMixFL uploads its encoded seed samples to a server. The server decodes and augments the seed samples using its own base samples until all the samples are evenly distributed across labels. The server can be treated as one of the devices, or a parameter server storing an imbalanced dataset. Then, utilizing the reconstructed dataset, the server trains a global model that is downloaded by each device until convergence.

To the best of the authors’ knowledge, this is the first piece of FL research based on XOR operations for addressing the non-IID data problem. Under a non-IID MNIST dataset, simulation results corroborate that XorMixFL achieves up to 8.13% and 17.6% higher accuracy than standalone ML and Vanilla FL, respectively. For an ablation study, we additionally propose a baseline one-shot FL (MixFL) whose encoding follows from Vanilla Mixup while ignoring decoding. Compared to MixFL, XorMixFL achieves comparable accuracy while preserving more data privacy, i.e., higher dissimilarity between the augmented and original data samples measured using the multidimensional scaling (MDS) method (Cox2008), highlighting the importance of XorMixup in one-shot FL.

Existing one-shot FL schemes (Guha:19; HybridFL) consider that each devices first trains a local model until convergence, and then the server constructs a global model by aggregating the converged local models. This does not take into consideration global data distributions, and is thus vulnerable to the non-IID data problem. By contrast, XorMixFL constructs the global model by training a model with synthetic samples that are uploaded from devices in one communication round while preserving their data privacy.

To preserve privacy while exchanging data samples, homomorphic encryption such as RSA (Craig09:Homomorphic) or differential privacy mechanisms (Koda:GC20) can be used, with non-negligible computing overhead or accuracy degradation, respectively. Alternatively, XorMixup reduces the accuracy degradation with low complexity by leveraging Mixup data augmentation (Zhang2018) and XOR operations. The original purpose of Vanilla Mixup is oversampling. XorMixup additionally focuses on its privacy preserving benefit in that the combination distorts raw samples. Furthermore, instead of the linear combination used in Vanilla Mixup, we apply XOR operations that are often used in cipher algorithms for hiding original information (Churchhouse01:book).

In this section, we describes the system model under study and the operations of XorMixFL. Consider a one-shot FL system consisting of one server and U devices, as depicted in Fig. 1. The i-th device ui stores its local dataset Di, where i∈{1,2,…,U}. Let c indicate the server training and distributing a global model after collecting samples from U devices in a privacy-preserving way.

In XorMixFL, the server c

aims to train a global model to classify unlabeled samples. We consider a supervised task with unlabeled features

x and their ground-truth labels y. All devices have the same label y, but store different features x. We assume that both devices and the server c store their own datasets imbalanced across labels, i.e., a non-IID global dataset, in which some of the target labels are deficient in samples. For the k-th label, c(k) denotes the number of samples in the server c. We hereafter refer to these samples as base samples that will be used for data augmentation to make the server’s training dataset balanced.

Before augmenting samples, the server c informs its connected devices of its target labels lacking samples, and requests qtargetc,ui samples per target label to the device ui. Then, the device uploads XOR encoded samples to the server c. At the server c, the encoded samples are decoded using XOR operations with the server’s base samples, generating a synthetic-but-realistic sample for correcting its imbalanced training dataset. The encoding preserves raw data privacy by mixing target-label samples and dummy-label (non-target-label) samples using the bit-wise XOR operations. Likewise, the decoding preserves data privacy by mixing the encoded sample not with the raw dummy sample but with the server c’s base sample.

After the decoding, due to the use of the server’s base samples, there exist residual noise, as shown in Fig. 1. This is partly intended to preserve privacy, but nonetheless too much noise is obviously harmful for accuracy. To avoid excessive noise, it is important to extract common feature before each encoding or decoding. To this end, up to p samples within the same label are averaged as done in Vanilla Mixup (Zhang2018). This sample blending step not only extracts common features, but also preserves more privacy by mixing multiple samples. The aforementioned operations of XorMixFL are elaborated in the following three steps.

ui that the server wants to successfully receive. Let xdummy(ui,t) represent an 1-dimensional vector whose label is not the target one. Per each label, up to p samples are averaged, resulting in gp(xtarget(ui,0)) and gp(xdummy(ui,0)) for target and dummy labels, respectively. Here, gp(⋅) is given by iteratively applying a sample blending function g(x(ui,t)) by p times, which is defined as

where α∈(0,1) denotes the blending ratio of two samples.

For given blended samples gp(xtarget(ui,0)) and gp(xdummy(ui,0)), we apply the bit-wise XOR operation, and obtain an encoded sample Xenc(ui,c), i.e.,

The encoded sample Xenc(ui,c) is sent from device ui to the server c.

Note that Xdec(c,ui) is decoded not using the device ui’s gp(xdummy(ui,0)) in Eq. 2 but using the server’s own gp(xdummy(c,0)) in Eq. 3, thereby preserving the privacy of the raw samples.

To illustrate, as visualized in Fig. 1, consider an example where a server lacking the samples of the target label 5 out of 10 labels (digits 0,1,…,8,9). To preserve the sample privacy, device 1 selects a dummy label 2 at random, within which p=2 samples are blended. Likewise, device 1 performs the same operations for the target label 5. Then, using XOR, device 1 encodes two blended samples {2} and {5} (see Eq. 2), and sends the encoded sample {2⊕5} to the server. Next, to decode the received sample {2⊕5}, the server first blends its own samples in the dummy label 2, creating a dummy sample {2′}. Then, the server applies XOR to {2⊕5} and {2′}, yielding the decoded sample {5′} (see Eq. 3). Finally, the server adds {5′} into its dataset, and then trains an ML model that is distributed to every device after the training completion.

Generalizing this to multiple samples, the server requests qtargetc,ui encoded samples to its connected device ui. These operations of each device and the server are summarized by Algorithms 1 and 2, respectively.

In this section, we numerically analyze the performance of the proposed XorMixFL scheme in a non-IID MNIST classification task. For the benchmark scheme, we consider standalone ML, Vanilla FL, and MixFL. Unless otherwise specified, by default we consider U=3 devices having n=10 samples per each target label while storing m=200 samples in the remaining M dummy labels.

In this subsection, we investigate the test accuracy and per-label accuracy of XorMixFL and its benchmark schemes, for a different N∈{1,2,4}. With N=1, Tab. 2 shows that XorMixFL achieves about 10% higher test accuracy than the standalone ML regardless of the choice of the target label. Compared to MixFL, XorMixFL shows around 2% lower test accuracy. This is because the augmented samples generated by XorMixup include more non-trivial noise to preserver more privacy than Vanilla Mixup used in MixFL, as visualized in Fig. 2. For each target-label accuracy, Fig. 3(a) shows that XorMixFL achievs 65% target-label accuracy that is 1.87x higher than standalone ML. This highlights the effectiveness of XorMiup in (one-shot) FL.

Next, with N=2, Tab. 2 illustrates that the test accuracy is slightly decreased from the cases with N=1, while still exhibiting a similar trend across the proposed and benchmark schemes. To be more specific, comparing Fig. 3(a) and (b), target-label accuracy also decreases with N, among which the label 0 is relatively robust against N while the label 4 is sensitive to N. Indeed, the label 4 accuracy is decreased by around 30% compared to the case with N=1.

Tab. 3 shows the MDS values of XorMixFL and MixFL with N=1. For the blending ratio α, it is trivial that α biased towards either 0 or 1 more reveals one of the raw samples, while equal blending (α=0.5) minimizes the raw sample leakage. Therefore, for MixFL that shows the highest accuracy in Sec. 4.1, we aim to preserve more privacy by choosing α=0.5. By contrast, for XorMixFL, we aim to increase accuracy by choosing α=0.95.

In this subsection, we compare XorMixFL and MixFL in terms of the test accuracy and sensitivity to key design parameters: the number M of dummy labels, sample blending weight α, and the maximum number p of blending samples per label. For all the parameter changes, XorMixFL is more robust against MixFL as elaborated next.

In this work, we proposed a novel privacy-preserving one-shot FL framework, XorMixFL, which allows devices to locally augment insufficient samples to correct the non-IID data distributions while hiding the details of the original samples. Numerical simulations validate the effectiveness of XorMixFL in terms of accuracy and privacy guarantees, while discovering the impacts of key design parameters such as the numbers of blending samples and dummy labels on accuracy and privacy guarantees. Exploiting the core idea, XorMixup data augmentation, it could be interesting to extend our one-shot FL framework to the standard multi-shot FL applications for future study.