Towards the Automation of Deep Image Prior

Single image inverse problem is a notoriously challenging ill-posed problem that aims to restore the original image from one of its corrupted versions. Recently, this field has been immensely influenced by the emergence of deep-learning techniques. Deep Image Prior (DIP) offers a new approach that forces the recovered image to be synthesized from a given deep architecture. While DIP is quite an effective unsupervised approach, it is deprecated in real-world applications because of the requirement of human assistance. In this work, we aim to find the best-recovered image without the assistance of humans by adding a stopping criterion, which will reach maximum when the iteration no longer improves the image quality. More specifically, we propose to add a pseudo noise to the corrupted image and measure the pseudo-noise component in the recovered image by the orthogonality between signal and noise. The accuracy of the orthogonal stopping criterion has been demonstrated for several tested problems such as denoising, super-resolution, and inpainting, in which 38 out of 40 experiments are higher than 95 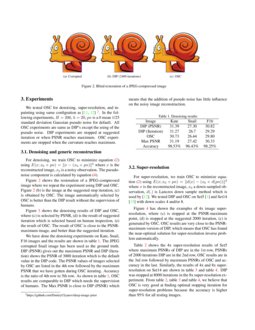 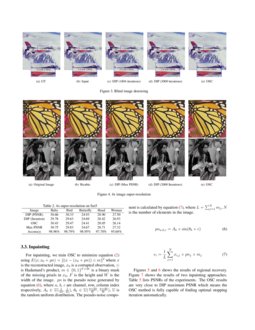 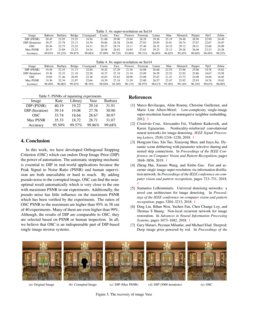 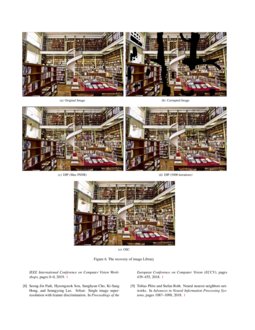 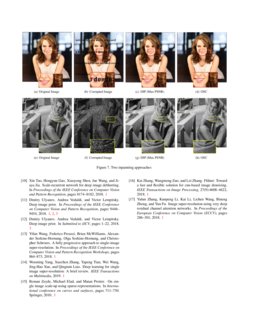 The deep image prior has demonstrated the remarkable ability that untrai...
Zenglin Shi, et al. ∙

Rethinking Deep Image Prior for Denoising

Image inverse problem center around the recovery of an unknown image x based on given corrupted measurement y. It is an ill-posed problem because a specific corrupted image y

can correspond to a crop of possible high-quality images. The problem has been extensively explored in the past several decades while deep convolutional neural networks (ConvNets) currently set the state-of-the-art

Ulyanov et al. [11] proposed a new strategy, namely Deep Image Prior (DIP), for a single image inverse problem where common strategies are on longer feasible because only one corrupted image (without the original image) is available for model training. Mataev et al. [7] further improved the performance of the DIP by adding an extra regularization (Regularization by Denoising).

Although Ulyanov et al. [11] and Mataev et al. [7] proofed that DIP and its variations are very effective machines for handling various inverse problems, we have to figure out a stopping method before applying DIPs to real-world problems where human supervision is not available. Currently, DIPs stop when humans assess their outputs as good enough or reach their maximum iteration times [11, 7]. The stopping method should output a measurement that indicates how well DIPs have reconstructed the interested image. So, the training algorithm can stop itself when the measurement reaches the maximum.

In this work, we propose a stopping method, namely Orthogonal Stopping Criterion (OSC), which adds a pseudo noise to the corrupted image and measure the pseudo-noise component in the recovered image of each iteration based on the orthogonality between signal and noise. The growth-rate derivate of the measurement will reach its maximum when DIPs start focusing on reconstructing the pseudo noise, which means the training should be stopped because DIPs resist "bad" solutions and descends much more quickly towards naturally-looking images [11]. We use DIP as the baseline111https://github.com/DmitryUlyanov/deep-image-prior and have demonstrated the performance of OSC for several problems such as denoising, super-resolution, inpainting.

The inverse tasks such as denoising, super-resolution and inpainting can be expressed as energy minimization problem of equation (1), where E(x;x0) is a task-dependent data term, x0 is the noisy/low-resolution/occluded image, x is the reconstructed image, and R(x) is a regularizer [11].

In this work, we handle the inverse tasks by equation (2) where pn is the pseudo noise and all x that we get during the minimization are represented as set X. The minimization is stopped according to equation (3), where O(x;pn) measures the growth-rate derivate of the pseudo-noise component in x. The pseudo-noise component is highly correlate to pn, because pn is orthogonal to all components in x0 including ground truth and corruptions. Since the reconstruction of pn needs much more iterations than the naturally-looking image in x0, the interested naturally-looking image will be reconstructed by DIP before the growth-rate derivate of the pseudo-noise component reaches its maximum, as long as the reconstruction difficulty of pn is harder than the naturally-looking image and easier than (or equal to) other corruptions.

Given a series of reconstructed images xi,i=1,2,3,..., we get the pseudo noise component ei by equation (4), where N is the number of elements in xi and i indicates the image which is reconstructed in the ith iteration.

We get the index i∗ of the best image by equation (5) where C(ei) finds the curvature of the ei curve. Figure 1 has shown the results of F16 denoising experiment, including the ei

ei curve. To get the curvature curve, for a specific i, we find 3 points on the ei curve to define the new coordinate system shown in dash line, which are (x1,y1), (x2,y2), (x3,y3) where x1=i−H, y1=mean(em1), m1∈[i−H−h,i−H+h], x2=i, y2=mean(em2), m2∈[i−h,i+h], x3=i+H, y3=mean(em3), m3∈[i+H−h,i+H+h]. H defines the length of ei curve for curvature calculation. h is the averaging window size. After mapping the ei curve between (x1,y1) and (x3,y3) to the dash-line coordinate system, we fit a parabola to the curve and use the parameter of the quadratic item as the curvature at index i which is an approximation of the growth-rate derivate of the pseudo-noise component. From Figure 1, although the curvature-maximum PSNR is not the maximum one during the whole OSC iteration, it’s close enough that the ratios of the curvature-maximum PSNR to the maximum one are more than 95% in the most of our experiments. It is clear in Figure 1 that the existence of the pseudo noise will harm the maximum PSNR but it is insignificant. The OSC method has been listed in Algorithm 1.

We tested OSC for denoising, super-resolution, and inpainting using same configration as [11, 12] 222https://github.com/DmitryUlyanov/deep-image-prior. In the following experiments, H=200, h=20, pn

For denoising, we train OSC to minimize equation (2) using E(x;x0+pn)=∥x−(x0+pn)∥2 where x is the reconstructed image, x0 is a noisy observation. The pseudo-noise component is calculated by equation (4).

Figure 2 shows the restoration of a JPEG-compressed image where we repeat the experiment using DIP and OSC. Figure 2 (b) is the image at the suggested stop iteration, (c) is obtained by OSC. The image automatically selected by OSC is better than the DIP result without the supervision of humans.

We have done the denoising experiments on Kate, Snail, F16 images and the results are shown in table 1. The JPEG corrupted Snail image has been used as the ground truth. DIP (PSNR) gives out the maximum PSNR and DIP (Iteration) shows the PSNR of 3000 iteration which is the default value in the DIP code. The PSNR values of images selected by OSC are listed in the 4th row followed by the maximum PSNR that we have gotten during OSC iterating. Accuracy is the ratio of 4th row to 5th row. As shown in table 1, OSC results are comparable to DIP which needs the supervision of humans. The Max PSNR is close to DIP (PSNR) which means that the addition of pseudo noise has little influence on the noisy image reconstruction.

Figure 4 has shown the examples of 4x image super-resolution, where (c) is stopped at the PSNR-maximum point, (d) is stopped at the suggested 2000 iteration, (c) is generated by OSC. OSC results are very close to the PSNR-maximum version of DIP, which means that OSC has found the near-optimal solution for super-resolution inverse problem automatically.

is the random uniform distribution. The pseudo-noise component is calculated by equation (

Figures 5 and 6 shows the results of regional recovery. Figure 7 shows the results of two inpainting approaches. Table 5 lists PSNRs of the experiments. The OSC results are very close to DIP maximum PSNR which means the OSC method is fully capable of finding optimal stopping iteration automatically.

In this work, we have developed Orthogonal Stopping Criterion (OSC) which can endow Deep Image Prior (DIP) the power of automation. The automatic stopping mechanic is essential to DIP in real-world applications because the Peak Signal to Noise Ratio (PSNR) and human supervision are both unavailable or hard to reach. By adding pseudo noise to the corrupted image, OSC can find the near-optimal result automatically which is very close to the one with maximum PSNR in our experiments. Additionally, the pseudo noise has little influence on the maximum PSNR which has been verified by the experiments. The ratios of OSC PSNR to the maximum are higher than 95% in 38 out of 40 experiments. Many of them are even higher than 99%. Although, the results of DIP are comparable to OSC, they are selected based on PSNR or human inspection. In all, we believe that OSC is an indispensable part of DIP-based single image inverse systems.