Graph neural networks (GNNs) are effective models for representation learning on graph-structured data. However, standard GNNs are limited in their expressive power, as they cannot distinguish graphs beyond the capability of the Weisfeiler-Leman (1-WL) graph isomorphism heuristic. This limitation motivated a large body of work, including higher-order GNNs, which are provably more powerful models. To date, higher-order invariant and equivariant networks are the only models with known universality results, but these results are practically hindered by prohibitive computational complexity. Thus, despite their limitations, standard GNNs are commonly used, due to their strong practical performance. In practice, GNNs have shown a promising performance when enhanced with random node initialization (RNI), where the idea is to train and run the models with randomized initial node features. In this paper, we analyze the expressive power of GNNs with RNI, and pose the following question: are GNNs with RNI more expressive than GNNs? We prove that this is indeed the case, by showing that GNNs with RNI are universal, a first such result for GNNs not relying on computationally demanding higher-order properties. We then empirically analyze the effect of RNI on GNNs, based on carefully constructed datasets. Our empirical findings support the superior performance of GNNs with RNI over standard GNNs. In fact, we demonstrate that the performance of GNNs with RNI is often comparable with or better than that of higher-order GNNs, while keeping the much lower memory requirements of standard GNNs. However, this improvement typically comes at the cost of slower model convergence. Somewhat surprisingly, we found that the convergence rate and the accuracy of the models can be improved by using only a partial random initialization regime. 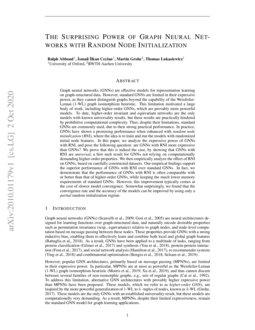 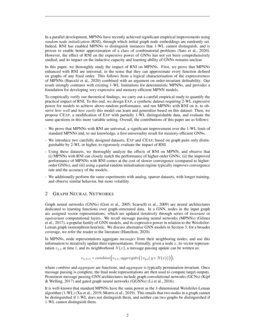 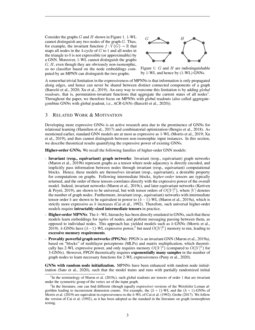 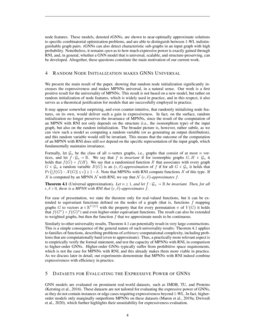