The Flip Schelling Process on Random Geometric and Erdös-Rényi Graphs

Schelling's classical segregation model gives a coherent explanation for the wide-spread phenomenon of residential segregation. We consider an agent-based saturated open-city variant, the Flip Schelling Process (FSP), in which agents, placed on a graph, have one out of two types and, based on the predominant type in their neighborhood, decide whether to changes their types; similar to a new agent arriving as soon as another agent leaves the vertex. We investigate the probability that an edge {u,v} is monochrome, i.e., that both vertices u and v have the same type in the FSP, and we provide a general framework for analyzing the influence of the underlying graph topology on residential segregation. In particular, for two adjacent vertices, we show that a highly decisive common neighborhood, i.e., a common neighborhood where the absolute value of the difference between the number of vertices with different types is high, supports segregation and moreover, that large common neighborhoods are more decisive. As an application, we study the expected behavior of the FSP on two common random graph models with and without geometry: (1) For random geometric graphs, we show that the existence of an edge {u,v} makes a highly decisive common neighborhood for u and v more likely. Based on this, we prove the existence of a constant c > 0 such that the expected fraction of monochrome edges after the FSP is at least 1/2 + c. (2) For Erdös-Rényi graphs we show that large common neighborhoods are unlikely and that the expected fraction of monochrome edges after the FSP is at most 1/2 + o(1). Our results indicate that the cluster structure of the underlying graph has a significant impact on the obtained segregation strength. 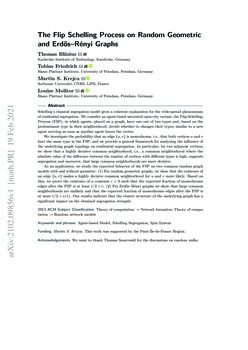 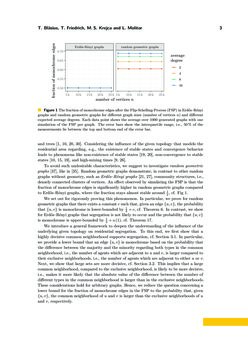 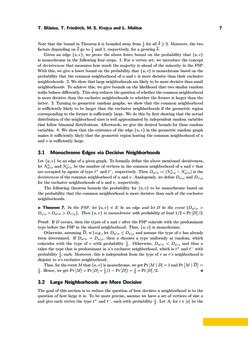 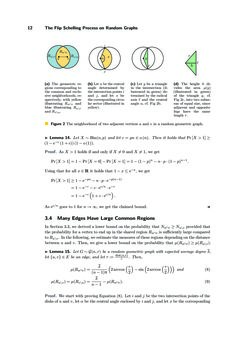 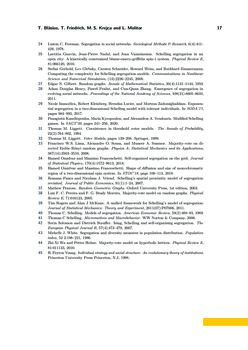