The canonical tree-decomposition theorem, given by Robertson and Seymour in their seminal graph minors series, turns out to be one of the most important tool in structural and algorithmic graph theory. In this paper, we provide the canonical tree decomposition theorem for digraphs. More precisely, we construct directed tree-decompositions of digraphs that distinguish all their tangles of order k, for any fixed integer k, in polynomial time. As an application of this canonical tree-decomposition theorem, we provide the following result for the directed disjoint paths problem: For every fixed k there is a polynomial-time algorithm which, on input G, and source and terminal vertices (s_1, t_1), …, (s_k, t_k), either 1. determines that there is no set of pairwise vertex-disjoint paths connecting each source s_i to its terminal t_i, or 2.finds a half-integral solution, i.e., outputs paths P_1, …, P_k such that P_i links s_i to t_i, so that every vertex of the graph is contained in at most two paths. Given known hardness results for the directed disjoint paths problem, our result cannot be improved for general digraphs, neither to fixed-parameter tractability nor to fully vertex-disjoint directed paths. As far as we are aware, this is the first time to obtain a tractable result for the k-disjoint paths problem for general digraphs. We expect more applications of our canonical tree-decomposition for directed results. 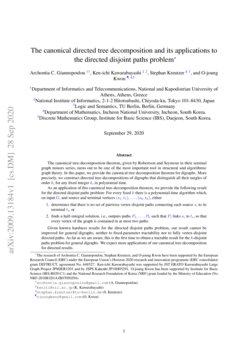 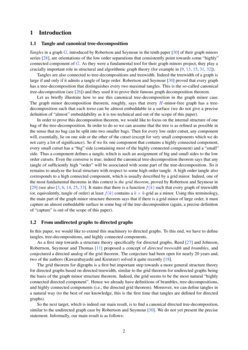 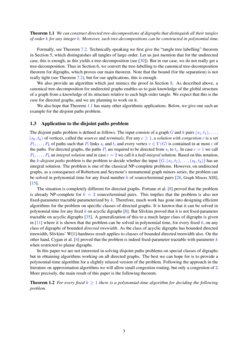 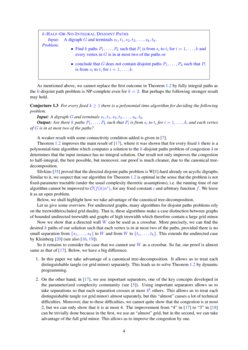