OCaml function calls consume space on the system stack. Operating systems set default limits on the stack space which are much lower than the available memory. If a program runs out of stack space, they get the dreaded "Stack Overflow" exception – they crash. As a result, OCaml programmers have to be careful, when they write recursive functions, to remain in the so-called _tail-recursive_ fragment, using _tail_ calls that do not consume stack space. This discipline is a source of difficulties for both beginners and experts. Beginners have to be taught recursion, and then tail-recursion. Experts disagree on the "right" way to write `List.map`. The direct version is beautiful but not tail-recursive, so it crashes on larger inputs. The naive tail-recursive transformation is (slightly) slower than the direct version, and experts may want to avoid that cost. Some libraries propose horrible implementations, unrolling code by hand, to compensate for this performance loss. In general, tail-recursion requires the programmer to manually perform sophisticated program transformations. In this work we propose an implementation of "Tail Modulo Cons" (TMC) for OCaml. TMC is a program transformation for a fragment of non-tail-recursive functions, that rewrites them in _destination-passing style_. The supported fragment is smaller than other approaches such as continuation-passing-style, but the performance of the transformed code is on par with the direct, non-tail-recursive version. Many useful functions that traverse a recursive datastructure and rebuild another recursive structure are in the TMC fragment, in particular `List.map` (and `List.filter`, `List.append`, etc.). Finally those functions can be written in a way that is beautiful, correct on all inputs, and efficient. 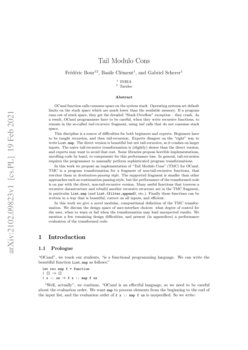 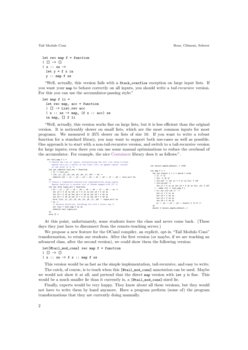 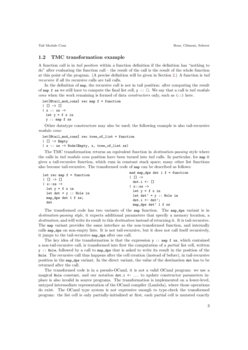 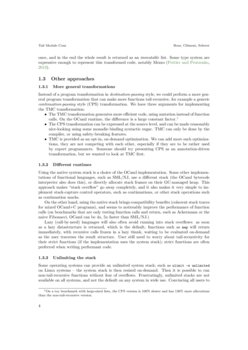