The tendency to align to others is inherent to social behavior, including in animal groups, and flocking in particular. Here we introduce the Stochastic Alignment Problem, aiming to study basic algorithmic aspects that govern alignment processes in unreliable stochastic environments. Consider n birds that aim to maintain a cohesive direction of flight. In each round, each bird receives a noisy measurement of the average direction of others in the group, and consequently updates its orientation. Then, before the next round begins, the orientation is perturbed by random drift (modelling, e.g., the affects of wind). We assume that both noise in measurements and drift follow Gaussian distributions. Upon receiving a measurement, what should be the orientation adjustment policy of birds if their goal is to minimize the average (or maximal) expected deviation of a bird's direction from the average direction? We prove that a distributed weighted-average algorithm, termed W , that at each round balances between the current orientation of a bird and the measurement it receives, maximizes the social welfare. Interestingly, the optimality of this simple distributed algorithm holds even assuming that birds can freely communicate to share their gathered knowledge regarding their past and current measurements. We find this result surprising since it can be shown that birds other than a given i can collectively gather information that is relevant to bird i, yet not processed by it when running a weighted-average algorithm. Intuitively, it seems that optimality is nevertheless achieved, since, when running W , the birds other than i somehow manage to collectively process the aforementioned information in a way that benefits bird i, by turning the average direction towards it. Finally, we also consider the game-theoretic framework, proving that W is the only weighted-average algorithm that is at Nash equilibrium. 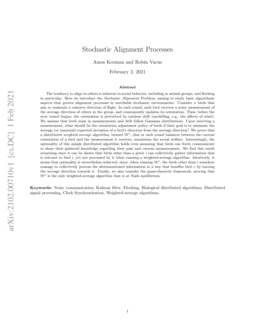 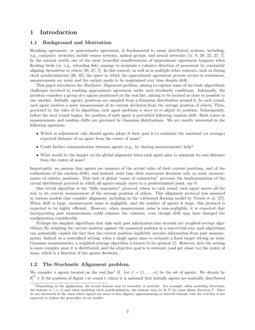 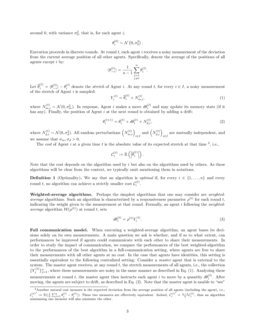 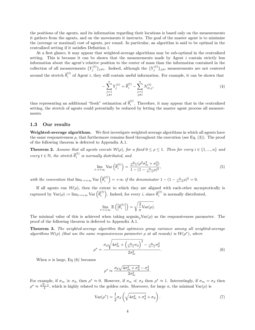