Steganography is a technique of hiding secret data in some unsuspected cover media so that it is visually imperceptible. Image steganography, where the cover media is an image, is one of the most used schemes. Here, we focus on image steganography where the hidden data is also an image. Specifically, we embed grayscale secret images into a grayscale cover image, which is a challenging problem. Our goal is to develop a steganography scheme with enhanced embedding capacity while preserving the visual quality of the stego-image and ensuring that the stego-image is resistant to attacks. Our proposed scheme involves use of sparse approximation and our novel embedding rule, which helps to increase the embedding capacity and adds a layer of security. The stego-image is constructed by using the ADMM to solve the LASSO formulation of the underlying minimization problem. This method has a fast convergence, is easy to implement, and is extensively used in image processing. Finally, the secret images are extracted from the constructed stego-image using the reverse of our embedding rule. We perform extensive experiments on several standard images, and evaluate the embedding capacity, PSNR value, MSSIM index, NCC coefficient, entropy, and NAE. We obtain embedding capacities of 2bpp (bits per pixel), 4bpp, 6bpp, and 8bpp while embedding one, two, three, and four secret images, respectively. Our embedding capacities for the first three cases are higher than all the embedding capacities obtained in the literature. We are the first ones to embed four images. Further, there is very little deterioration in the quality of the stego-image as compared to its corresponding cover image. The quality of the original secret images and their corresponding extracted secret images is also almost the same. Further, due to our algorithmic design, our scheme is resistant to steganographic attacks as well. 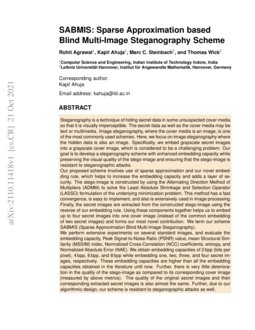 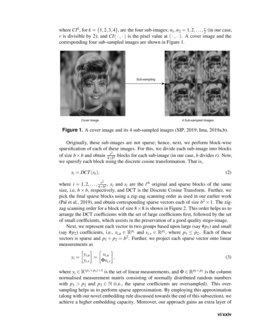 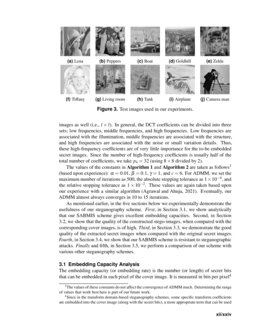 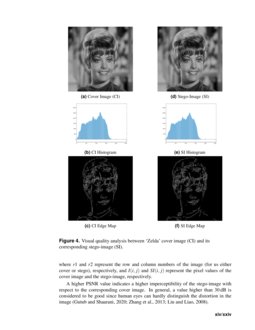 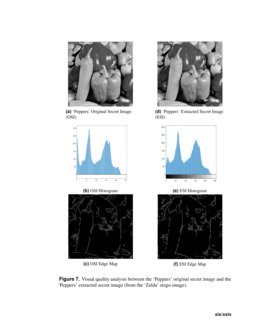 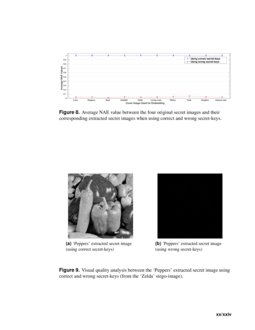 Digital watermarking has been widely studied for the protection of intel...
Zhaoyang Jia, et al. ∙