Consider a lossy compression system with ℓ distributed encoders and a centralized decoder. Each encoder compresses its observed source and forwards the compressed data to the decoder for joint reconstruction of the target signals under the mean squared error distortion constraint. It is assumed that the observed sources can be expressed as the sum of the target signals and the corruptive noises, which are generated independently from two symmetric multivariate Gaussian distributions. Depending on the parameters of such distributions, the rate-distortion limit of this system is characterized either completely or at least for sufficiently low distortions. The results are further extended to the robust distributed compression setting, where the outputs of a subset of encoders may also be used to produce a non-trivial reconstruction of the corresponding target signals. In particular, we obtain in the high-resolution regime a precise characterization of the minimum achievable reconstruction distortion based on the outputs of k+1 or more encoders when every k out of all ℓ encoders are operated collectively in the same mode that is greedy in the sense of minimizing the distortion incurred by the reconstruction of the corresponding k target signals with respect to the average rate of these k encoders. 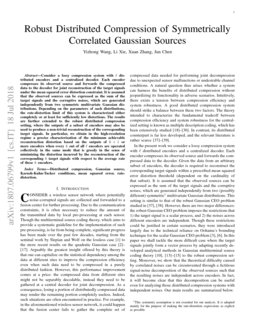 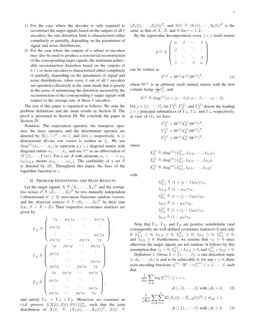 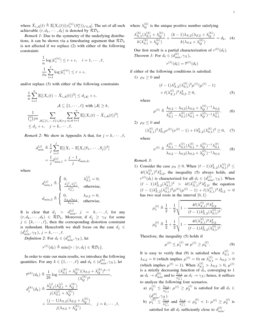 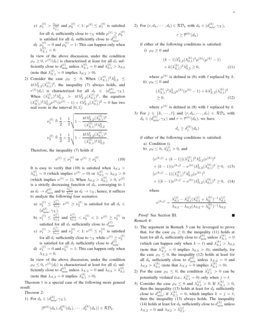 Consider a wireless sensor network where potentially noise-corrupted signals are collected and forwarded to a fusion center for further processing. Due to the communication constraints, it is often necessary to reduce the amount of the transmitted data by local pre-processing at each sensor. Though the multiterminal source coding theory, which aims to provide a systematic guideline for the implementation of such pre-processing, is far from being complete, significant progress has been made over the past few decades, starting from the seminal work by Slepian and Wolf on the lossless case [1] to the more recent results on the quadratic Gaussian case [2, 3, 4, 5, 6, 7, 8, 9, 10, 11, 12, 13, 14, 15, 16, 17]. Arguably the greatest insight offered by this theory is that one can capitalize on the statistical dependency among the data at different sites to improve the compression efficiency even when such data need to be compressed in a purely distributed fashion. However, this performance improvement comes at a price: the compressed data from different sites might not be separably decodable, instead they need to be gathered at a central decoder for joint decompression. As a consequence, losing a portion of distributedly compressed data may render the remaining portion completely useless. Indeed, such situations are often encountered in practice. For example, in the aforementioned wireless sensor network, it could happen that the fusion center fails to gather the complete set of compressed data needed for performing joint decompression due to unexpected sensor malfunctions or undesirable channel conditions. A natural question thus arises whether a system can harness the benefits of distributed compression without jeopardizing its functionality in adverse scenarios. Intuitively, there exists a tension between compression efficiency and system robustness. A good distributed compression system should strike a balance between these two factors. The theory intended to characterize the fundamental tradeoff between compression efficiency and system robustness for the centralized setting is known as multiple description coding, which has been extensively studied [18, 19, 20, 21, 22, 23, 24, 25, 26, 27, 28, 29, 30, 31, 32, 33, 34, 35, 36]. In contrast, its distributed counterpart is far less developed, and the relevant literature is rather scarce [37, 38, 39].

In the present work we consider a lossy compression system with ℓ distributed encoders and a centralized decoder. Each encoder compresses its observed source and forwards the compressed data to the decoder. Given the data from an arbitrary subset of encoders, the decoder is required to reconstruct the corresponding target signals within a prescribed mean squared error distortion threshold (dependent on the cardinality of that subset). It is assumed that the observed sources can be expressed as the sum of the target signals and the corruptive noises, which are generated independently from two (possibly different) symmetric111This symmetry assumption is not essential for our analysis. It is adopted mainly for the purpose of making the rate-distortion expressions as explicit as possible. multivariate Gaussian distributions. This setting is similar to that of the robust Gaussian CEO problem studied in [37, 38]. However, there are two major differences: the robust Gaussian CEO problem imposes the restrictions that 1) the target signal is a scalar process, and 2) the noises across different encoders are independent. Though these restrictions could be justified in certain scenarios, they were introduced largely due to the technical reliance on Oohama’s bounding technique for the scalar Gaussian CEO problem [3, 6]

. In this paper we shall tackle the more difficult case where the target signals jointly form a vector process by adapting recently developed analytical methods in Gaussian multiterminal source coding theory

[10, 13, 14, 15] to the robust compression setting. Moreover, we show that the theoretical difficulty caused by correlated noises can be circumvented through a fictitious signal-noise decomposition of the observed sources such that the resulting noises are independent across encoders. In fact, it will become clear that this decomposition can be useful even for analyzing those distributed compression systems with independent noises. Our main results are summarized below.

The rest of this paper is organized as follows. We state the problem definitions and the main results in Section II. The proof is presented in Section III. We conclude the paper in Section IV.

Notation: The expectation operator, the transpose operator, the trace operator, and the determinant operator are denoted by E[⋅], (⋅)T , tr(⋅), and det(⋅), respectively. A j-dimensional all-one row vector is written as 1j. We use diag(j)(κ1,⋯,κj) to represent a j×j diagonal matrix with diagonal entries κ1,⋯,κj, and use Yn as an abbreviation of (Y(1),⋯,Y(n)). For a set A with elements a1<⋯<aj, (ωi)i∈A means (ωa1,⋯,ωaj). The cardinality of a set S is denoted by |S|. Throughout this paper, the base of the logarithm function is e.

Let the target signals X≜(X1,⋯,Xℓ)T and the corruptive noises Z≜(Z1,⋯,Zℓ)T be two mutually independent ℓ-dimensional (ℓ≥2) zero-mean Gaussian random vectors, and the observed sources S≜(S1,⋯,Sℓ)T be their sum (i.e., S=X+Z). Their respective covariance matrices are given by

such that the joint distribution of

By the eigenvalue decomposition, every

can be written as

is an arbitrary (real) unitary matrix with the first column being

Due to the symmetry of the underlying distributions, it can be shown via a timesharing argument that RDk is not affected if we replace (2) with either of the following constraints

and/or replace (3) with either of the following constraints

We show in Appendix A that, for j=k,⋯,ℓ,

In order to state our main results, we introduce the following quantities. For any k∈{1,⋯,ℓ} and dk∈(d(k)min,γX), let

where λ(k)Q is the unique positive number satisfying

Our first result is a partial characterization of r(ℓ)(dℓ).

if either of the following conditions is satisfied:

Theorem 1 is a special case of the following more general result.

The following lemma can be obtained by adapting the classical result by Berger [40] and Tung [41] to the current setting.