Usually, methods evaluating system reliability require engineers to quantify the reliability of each of the system components. For series and parallel systems, there are some options to handle the estimation of each component's reliability. We will treat the reliability estimation of complex problems of two classes of coherent systems: series-parallel, and parallel-series. In both of the cases, the component reliabilities may be unknown. We will present estimators for reliability functions at all levels of the system (component and system reliabilities). Nonparametric Bayesian estimators of all sub-distribution and distribution functions are derived, and a Dirichlet multivariate process as a prior distribution is presented. Parametric estimator of the component's reliability based on Weibull model is presented for any kind of system. Also, some ideas in systems with masked data are discussed. 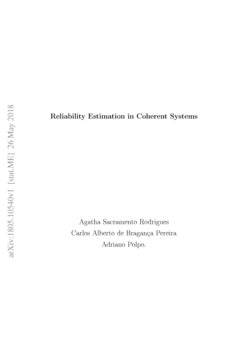 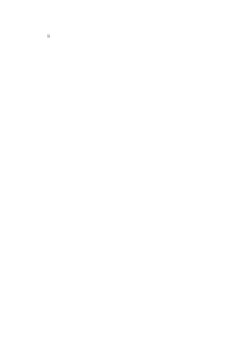 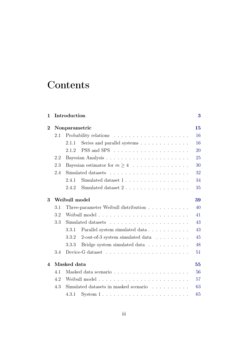 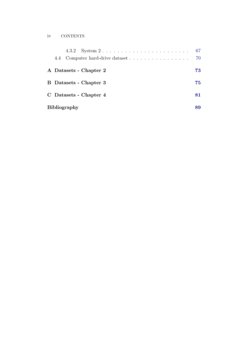 In this work, we propose two methods, a Bayesian and a maximum likelihoo...
Agatha Rodrigues, et al. ∙

This paper is concerned with the optimal number of redundant allocation ...
Maryam Kelkinnama, et al. ∙

In this paper, we present a critical overview of statistical fiber bundl...
James U. Gleaton, et al. ∙

Allocations of Standby Redundancies to Coherent Systems with Dependent Components

Operation comfort vs. the importance of system components

The purpose of this report is to look at the measures of importance of c...
Krzysztof J. Szajowski, et al. ∙

Evaluating the predicted reliability of mechatronic systems: state of the art

First consider a parallel system with m components. Let Xj be the failure time of jth component with marginal distribution function (DF) Fj and T=max{X1,…,Xm} be the system failure time. The indicator of the component whose failure produced the system to fail is δ=j when T=Xj, j=1,…,m. The jth sub-distribution function evaluated at a time t is the probability that the system survives at most to time t and the last component to fail is the jth component, that is, F∗j(t)=P(T≤t,δ=j).

Because the life of the components are assumed to be mutually s-independent,

where uj is the reversed hazard rate (RHR) of the jth component:

which combined with (2.5) leads to

Unfortunately, the expression in (2.8) does not work for the case with jump points. To obtain a version of (2.8) in the presence of jumps, we introduce the following definition and theorem.

The next result, although restricted to m=2, extends expression (2.8) in the sense that it can include disjoint jump points.

in which R∗j(t)=P(T>t,δ=j) is the sub-reliability function for jth component.

Unfortunately, the expression in (2.9) does not work for the case with jump points. To obtain a version of (2.9) in the presence of jumps, we introduce the following definition and theorem.

For simplicity, consider the case of m=2. The function Φs2(R∗1,R∗2,t) based on the sub-reliability functions R∗1 and R∗2 is

The next result, although restricted to m=2, extends expression (2.8) in the sense that it can include disjoint jump points.

The sub-reliability functions R∗1 and R∗2 determine (uniquely) the distribution function F1 for t≤t∗ by F1(t)=Φs2(R∗1,R∗2,t).

For more details about relations among the distributions and sub-distribution functions (sub-reliability functions) can be found in Salinas-Torres et al. (2002) and Polpo e Sinha (2011) for series system and Polpo e Pereira (2009) for parallel system.

In next Sub-section the relations among the distributions and sub-distribution functions are presented for a more general class of systems - SPS and PSS.

We restrict ourselves to a system with three components (m=3), given in Figure 1.3 and in Figure 1.4.

The lifetime of the SPS is T= min(X1,max(X2,X3)) and the system reliability of s-independent components is

The lifetime of the PSS is T= max(X1,min(X2,X3)) and the system reliability of s-independent components is

Our interest is to obtain the inverse of (5) and (5); that is, to express the DFs F1, F2 and F3 as a function of the SDF (F∗1, F∗2, F∗3). These inverses are presented with the following definitions and theorems.

The functions Φs (for a series system), and Φp (for a parallel system) are the versions with three components for those presented in Polpo e Sinha (2011) and Polpo e Pereira (2009), respectively. First, Theorem 4 states the relation between F1 and F∗1, F∗2, and F∗3.

The next definition gives the functions Φsp (for the SPS), and Φps (for the PSS).

Note that Theorem 5 can be easily rewritten to obtain the relation of DF F3 and the SDF.

Theorem 5 provides an important relation between the SDF and DF, for both SPS and PSS. Using this result, in the next section, we have developed the nonparametric Bayesian estimator for the DF of the system’s components.

in which I(A) is a indicator function of set A.

For each t, let kj(t) the realization of nF∗jn(t), in which

The prior distribution for (F∗1(⋅),F∗2(⋅),F∗3(⋅)) is constructed from the characterization of the multivariate Dirichlet process, defined in Salinas-Torres et al. (1997) and it may have the following simplified version.

Let Ω be a sample space, α1,…,αm be finite positive measures defined over Ω, and ρ=(ρ1,…,ρm) be a random vector having a Dirichlet distribution with parameters (α1(Ω),…,αm(Ω)). Consider m Dirichlet processes, P1,…,Pm, with Pj∼D(αj), j=1,…,m. All these processes and ρ are mutually s-independent random quantities. Define P∗=(P∗1,…,P∗m)=(ρ1P1,…,ρmPm). The P∗ is a Dirichlet multivariate process with parameter measures α1,…,αm.

Thus, the posterior means of F∗j(t) and F(t) are given by

These Bayesian estimators are strongly s-consistent. For instance, using the Glivenko Cantelli Theorem (Billingsley, 1985), it can be shown that ˆF∗j converges to F∗j uniformly with probability 1.

The main result of this study is given in the following paragraph.

As in Theorem 5, it is straightforward to express the nonparametric estimator of F3(t). In the next section, we extend the estimators to a general case of m≥4.

The extension of the nonparametric Bayesian estimator for SPS and PSS, given in Section 2.2, is based on rewriting the system representation in a proper simplified version of the general case (m≥4) to the one given with m=3, which has a solution given in Theorem 6. Considering the SPS and the PSS presented in Fig. 2.1, we specify how to rewrite the system representation and estimation of their components reliabilities in the following.

We provided how to estimate Y1 (for the SPS), and Z1 (for the PSS), because the reliability estimation of the other components are straightforward once these two are given. The idea of the extension is to represent the systems in a simple version with three components (Figures 1.3 and 1.4). In this case, to estimate the reliability of Y1, we use the SPS solution considering X1=max(Y3,Y4), X2=Y1, and X3=Y2 (Figure 2.2); and for the estimation of Z1, we use the PSS solution considering X1=min(Y3,Y4), X2=Y1, and X3=Y2 (Figure 2.2). It must be noted that other more complex systems can also be considered, but the task is only to simplify the representation of the system as one of either the PSS or SPS given in Figures 1.3 and 1.4.

Furthermore, both the classes (SPS and PSS) are important so as to have a more general solution, because we have the restriction that two different components cannot have the same failure time, which in turn would result in different representations giving more options to the reliability estimation problem. Considering the PSS given in Figure 2.1, we can write their SPS representation as that presented in Figure 2.3. The component’s reliability of the original PSS (Figure 2.1) can be estimated using the PSS result of Theorem 6, which has a simple solution. However, as the SPS representation (Figure 2.3) has some components repeated, the SPS result of Theorem 6 is not applicable. Thus, the solutions for both SPS and PSS are important and can be used in different situations.