How to effectively utilize the dialogue history is a crucial problem in multi-turn dialogue generation. Previous works usually employ various neural network architectures (e.g., recurrent neural networks, attention mechanisms, and hierarchical structures) to model the history. However, a recent empirical study by Sankar et al. has shown that these architectures lack the ability of understanding and modeling the dynamics of the dialogue history. For example, the widely used architectures are insensitive to perturbations of the dialogue history, such as words shuffling, utterances missing, and utterances reordering. To tackle this problem, we propose a Ranking Enhanced Dialogue generation framework in this paper. Despite the traditional representation encoder and response generation modules, an additional ranking module is introduced to model the ranking relation between the former utterance and consecutive utterances. Specifically, the former utterance and consecutive utterances are treated as query and corresponding documents, and both local and global ranking losses are designed in the learning process. In this way, the dynamics in the dialogue history can be explicitly captured. To evaluate our proposed models, we conduct extensive experiments on three public datasets, i.e., bAbI, PersonaChat, and JDC. Experimental results show that our models produce better responses in terms of both quantitative measures and human judgments, as compared with the state-of-the-art dialogue generation models. Furthermore, we give some detailed experimental analysis to show where and how the improvements come from. 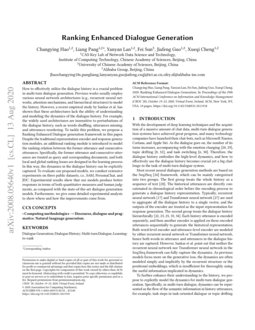 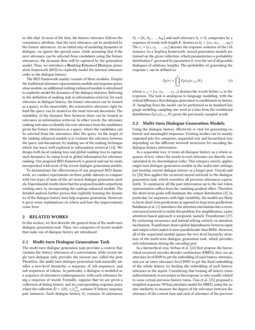 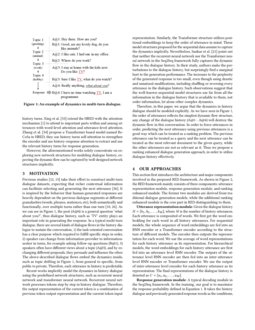 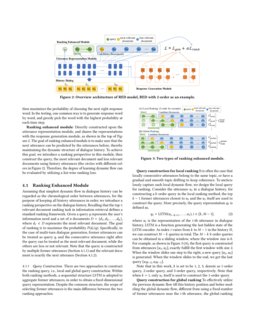