In this paper we present a quantum algorithm which increases the amplitude of the states corresponding to the solutions of the search problem by a factor of almost two. 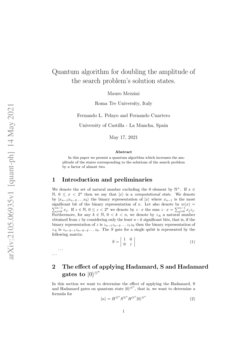 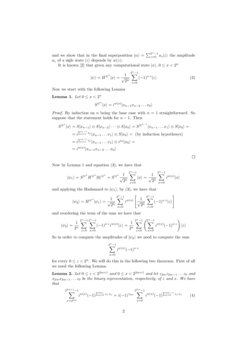 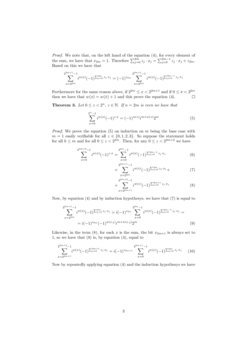 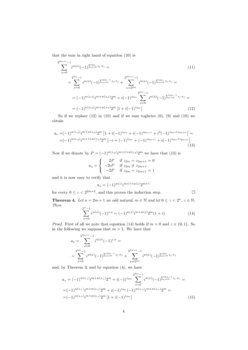 gate for a single qubit is represented by the following matrix:

2 The effect of applying Hadamard, S and Hadamard gates to |0⟩⊗n

and we show that in the final superposition |α⟩=∑2n−1z=0az|z⟩ the amplitude az of a sigle state |z⟩ depends by w(z).

Now we start with the following Lemma

By induction on n being the base case with n=1 straightforward. So suppose that the statement holds for n−1. Then

and reordering the term of the sum we have that

Now, by equation (4) and by induction hypothesys, we have that (7) is equal to

and it is now easy to verify that

Let z2mz2m−1…z0 be the binary representation of z. Suppose first that z2m=0. Then equation (2) become

and the Theorem is therefore proved. So suppose that z2m=1. Then equation (2) become

we have that also in this case the Theorem is satisfied. ∎

As an example we have computed the amplitudes az (disregarding the normalization factor) for n∈3,4 and we report them on Table 1.

3 Doubling the amplitude of the search problem’s solution states

In this section we consider a quantum circuit for doubling the amplitude of solution’s states of the search problem. For a search problem we refer, in general, to the problem of finding a solution of some NP-complete problem. Like in the Groover algorithm we will use the intrinsic quantum mechanical parallelism and an oracle f(|x⟩)∈{0,1}, specifically designed for the specific problem at hand, which return 1 is x is a solution of the problem and 0 otherwise.

In particular, in order to present in the detail the results of this paper, we will use a quantum oracle for the Partition Problem (PP). In the PP we have a finite set of elements E and a function s:E→N+. We want to find a subset E′⊂E such that ∑e∈E′s(e)=∑e∈E∖E′s(e). From now on we do not loss generality if we consider the set E equal to the set of the first |E| naturals, that is we always consider E={0,1,…,n−1}. Furthermore we note that if PP has a solution E′ then E−E′ is also a solution of the PP:

The partition problem (PP) is well known to be an NP-complete problem [1].

We describe, in the following, an application of the gates described in the previous section in a quantum circuit to deal with PP (see Figure 1). While the following results apply specifically to the PP they can be applied to any other search problem.

Denote by S=∑e∈Es(e)/2. Recall that PP problem has a solution only if S is an integer. We use the two’s complements representation of −S requiring m=⌈log2S⌉+1 qubits. Then for each e∈E, we use ke=⌈log2s(e)⌉+1 qubits to encode s(e). These qubits will remain constant in every phase of the circuit and therefore we will not consider them in the reasoning that follows. We use n qubits to encode a subset E′ of E. If |xn−1xn−2…x0⟩ is the state of those n qubits, then an element e, 0≤e<n, is included in the set E′ if and only if xe=1. We will use m qubits, denoted in the following by |σ⟩, to store the sum σ=−S+∑e∈E′s(e) for the elements selected in |x⟩. In this way |σ⟩=|0⟩⊗m for a solution |x⟩ of the PP. We also use a control qubit |c⟩.

So we have four groups of bits: |x⟩, |σ⟩, |c⟩ and the sets of qubits used to represent the constants s(e) for each element of E. Note that the number of qubits of the circuit, n+m+1+∑e∈Eke, is polynomial in the size of a coincise specification of the PP.

At the beginning of the circuit we have the following superposition:

where σ is set to the two’s complement of −S and |c⟩ is set to |1⟩. Then, we apply the Hadamard gate to the first n qubits obtaining

Next, we uses each qubit xe to conditionally sum the element s(e) to |σ⟩. If there exist a solution to the PP then, in the final superposition of |σ⟩, the amplitude of the state |x⟩|0⟩⊗m|c⟩ will be not 0. The states |x⟩ for which |σ⟩ is zero wil be referred as the solutions states of the PP. The control qubit |c⟩ will be set to zero exactly for those states for which |σ⟩=|0⟩⊗m. At this point we apply an uncomputational step in order to set |σ⟩=|−S⟩. Now if we apply the S gate to the first n qubits we obtain, by Lemma 1

After this we apply again the Hadamard gate to the first n qubits. This operation is controlled by the control qubit in a way that the Hadamard port is applied only to non solution states. For the sake of simplicity we suppose in the following, that the PP has only two solution whose numeric representation are y and its bitwise complement ¯¯¯y. By equation (4), we obtain

We may write the above sum as

while if w(y) is odd

For simplicity of notation in the following we denote w(y) as simply ¯¯¯¯w. We have that if n=2m is even then, by Theorem 3, by is

It is immediate to check that in the above equations (25) and (26) the term i¯¯¯w(1+in) become trascurable, with respect to the other term in the equation, as m become bigger. We conclude that the amplitude of the state |y⟩|σ⟩|1⟩ is almost the same of the amplitude of state |y⟩|σ⟩|0⟩, thus effectively duplicating the chances of state |y⟩ at the end of the circuit. For example if n=2m+1=3 and |y⟩=|011⟩ we have that by=3−3i

, so that the probability of getting

We presented here a quantum algorithm for doubling the amplitude of the state correspondig to the solution of the partition problem. This is interesting because if we would be able to iterate such a doubling we could provide a polynomial quantum algorithm for solving an NP-complete problem. Possible future works should focus on: generalizing the mathematical results to istance of search problems where there are more than 2 solutions, find out if this algorithm can be combined to the Goover algorithm in order to seed up the latter of a factor of p where p≥2 and, more important, to check if and how it is possibile to iterate the doubling of the amplitude in order to get some polynomial time algorithm for solving the search problem.